For the Win: The Next Greatest Generation

Mohit Jain, a 17-year-old from Omaha, Neb. is a member of the National Youth Advisory Council at generationOnthe youth enterprise of Points of Light. Mohit, inspired by his grandfather’s battle with Alzheimer’s, first became involved in service by working in the medical field. He is actively involved in medical research and is a member of the American Red Cross National Youth Council, the Live Well Omaha Youth Advisory Council and the Nebraska Governor's Advisory Council.  For his work in public health he is a recipient of the Nebraska Governor's Point of Light Award and the President's Volunteer Service Gold Award. Recently, Mohit created a website to help connect youth in his community with volunteer opportunities.

On November 3-5, 2011, Mohit traveled with generationOn to the World Youth Volunteering Summit, hosted by the International Association for Volunteer Effort, in Barranquilla, Colombia where he co-presented a workshop entitled, “The iGeneration: Social Media, Volunteers Unite” which he developed along with his fellow generationOn National Youth Advisory Council members.

It is said that Colombians do not walk from place to place, but rather, they dance. This past week, I traveled to the World Summit for Volunteering and Service in Barranquilla, Colombia for a weekend full of music, service, and adventure. My fellow member of the generationOn Youth Advisory Council, Clay Hurdle, and I had a unique cultural experience that was not only about presenting a workshop at an international conference on volunteering and service, but also a call to fulfill our duties as global citizens and to help us continue to make our mark on the world.

Globally, there are divisions that are caused by ethnic, racial, and gender differences, but after meeting youth from Somalia, China, Canada, Mexico, Peru, Ghana, Scotland, Northern Ireland, Colombia, Brazil, Venezuela, France, Russia, and Germany (just to name a few) it has become evident that there is at least one idea that still remains a cohesive and binding factor regardless of the origins of the individual - the desire to serve and the fact that service learning is a natural human instinct. We are the service generation. The same ideas of service learning that are found in my community in Omaha, Neb. or in Clay’s community in Lake Park, Ga., are also found in youth around the world. 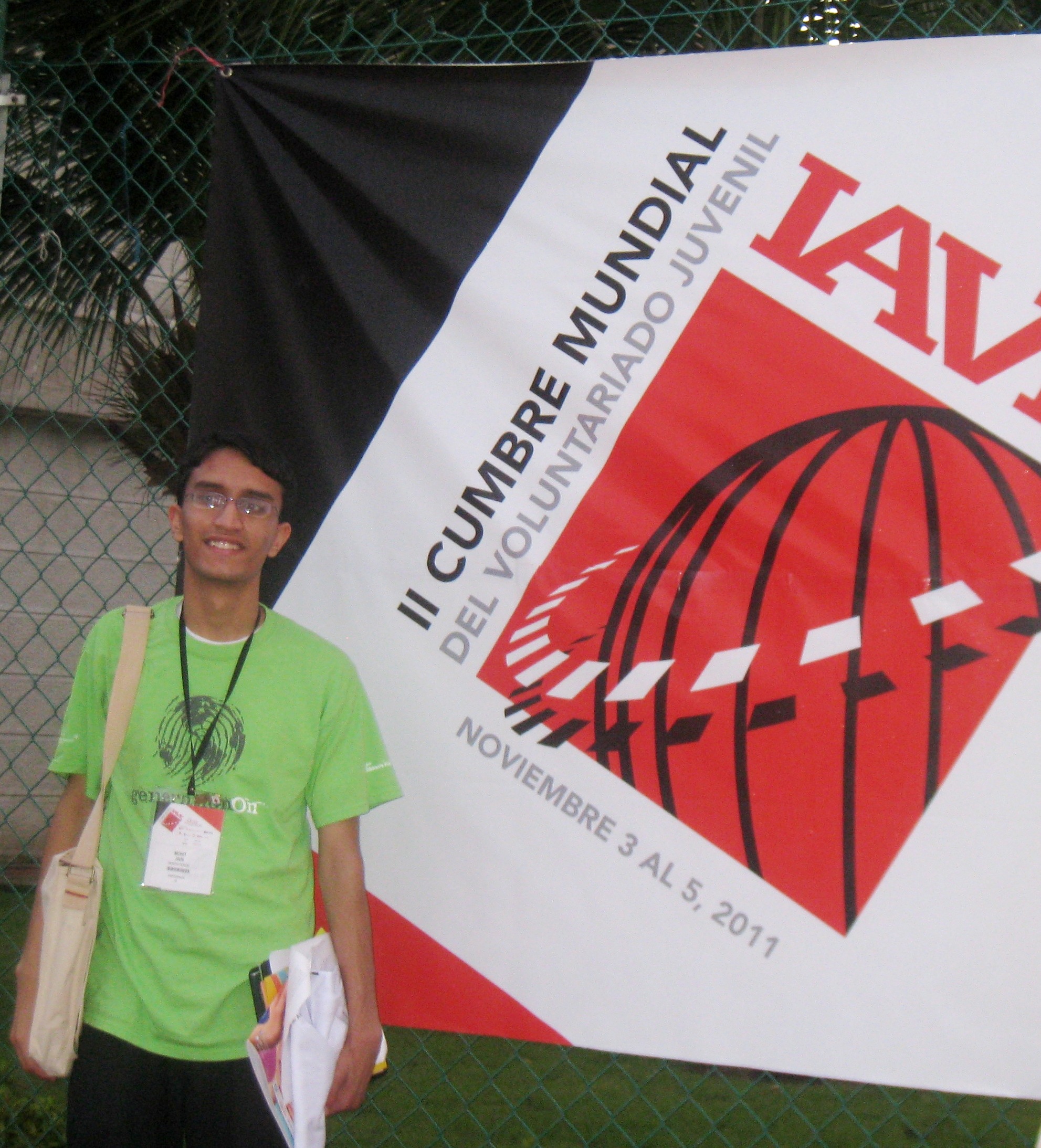 Each day the summit had a fresh set of faces, each open to discussion and conversation, and each person had a fascinating story. Though I could not speak the native language of Colombia –Spanish–I was able to understand their work through their actions. Even with locational, lingual, and cultural differences, I was able to connect with a diverse group of youth because we had one common trait – the understanding of service learning and the role that service learning plays in our lives.

I discovered the power that youth can have in making changes in their community, both locally and internationally, through examples and inspiration. The summit hosted more than eight hundred participants from across the world, all with a unique story. The role that each participant played in his or her community, whether big or small, was inspirational because they formed a global system of volunteers.  As young people, we all play a role in forming a global society, and as global citizens we owe it to ourselves and our peers to take action. The conference stressed a theme - “You make it happen!” and it was clear that we, as youth, are the change that we would like to see in our communities.

It is up to us to understand the issue at hand and take the leadership to make change happen. The work of others has inspired me to explore the opportunity to volunteer abroad and one day set up programs internationally.

As the summit ended with music and festivities, we could not hold back without joining the traditional dance of Colombia, the Cumbian. As I danced (not very well I might add) I began to understand that in order to make our mark on the world, we have to branch outside of our local community and be change makers around the world, whether that means doing projects locally (such as writing letters for our troops overseas) or traveling for week-long trips to build houses abroad for victims of natural disaster. The initial steps to influence change are seated in the ideals of this summit; music, service, and adventure. First, using something like music, to bring people together. Second, using service as a medium to help the community and help people bond. Finally, using service as a sense of adventure to discover yourself.  It is with these steps that we can move towards a global community of cooperation and peace.

Check out previous For the Win blog posts