November 11, 2011 at 9:30 AM ET by Anne Filipic and Stephanie Valencia
Twitter Facebook Email
Summary:
President Obama announces new executive actions to help our nation's veterans and our children, and the White House hosts the African-American Policy in Action Leadership Conference.

On Veterans Day, we recognize the service and sacrifice of our nation’s veterans. Every day, these men and women brought their skills, talents and experience to our many mission areas in order to keep our nation safe. Ensuring our nation’s veterans get the opportunities they have earned is a top priority for President Obama, as well as for government agencies like the Department of Homeland Security, the U.S. Forest Service, and the Department of Transportation. President Obama’s announcement of executive actions to help middle class families in this difficult economy included new initiatives to get veterans back to work.

Leading veteran services organizations joined President Obama recently to announce their support for the Returning Heroes and Wounded Warrior Tax Credits, two provisions in the American Jobs Act. This week, the President announced a series of executive actions that will provide new resources for veterans and help them translate military experience to the private sector job market. These initiatives include a Veterans Gold Card, which will provide the intensive and follow-up services veterans need to succeed in today's job market, and the creation of a veterans job bank designed to put veterans in contact with companies that need their skills and are eager to hire them.

On Wednesday, November 9th, The White House hosted more than 150 civic, academic, social, state and local leaders for the African American Policy in Action Leadership Conference. President Obama addressed the participants, acknowledging that black Americans have faced enormous challenges with unemployment, and appealed for their support in pursuing solutions that he can implement without help from Congress: “We know tough times. And what we also know, though, is that if we are persistent, if we are unified, and we remain hopeful, then we’ll get through these tough times and better days lie ahead.”

The President continued to take executive actions this week because We Can’t Wait for Congress for act. In addition to the actions for veterans, he signed an Executive Order to cut waste and promote efficient spending and announced new Head Start reforms that will strengthen the program and provide better education for our children. 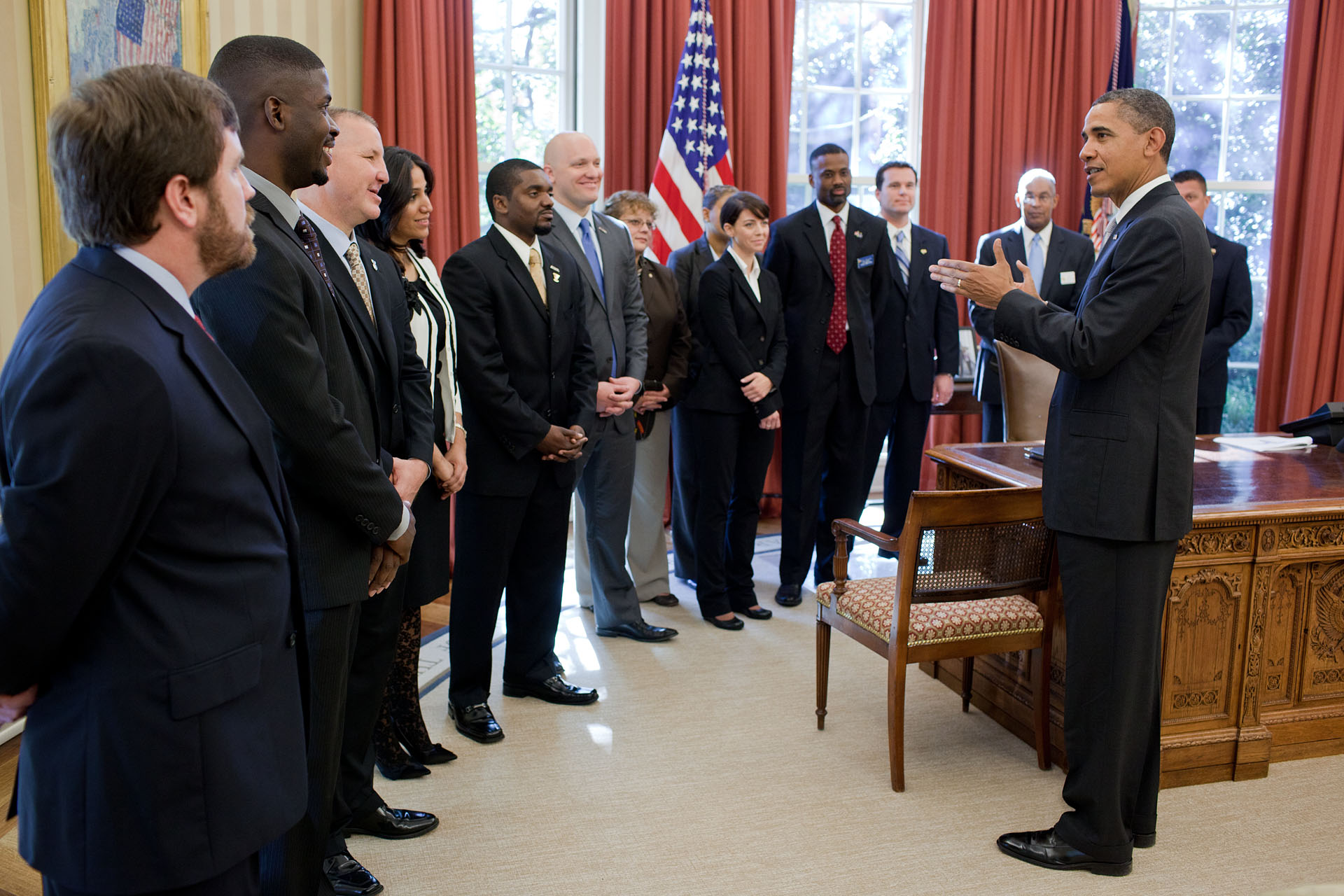 President Barack Obama greets representatives from leading veterans’ service organizations in the Oval Office before delivering remarks on the American Jobs Act in the Rose Garden, Nov. 7, 2011. The President spoke about about tax credits included in the American Jobs Act and new executive actions that will help get veterans back to work. (Official White House Photo by Pete Souza) 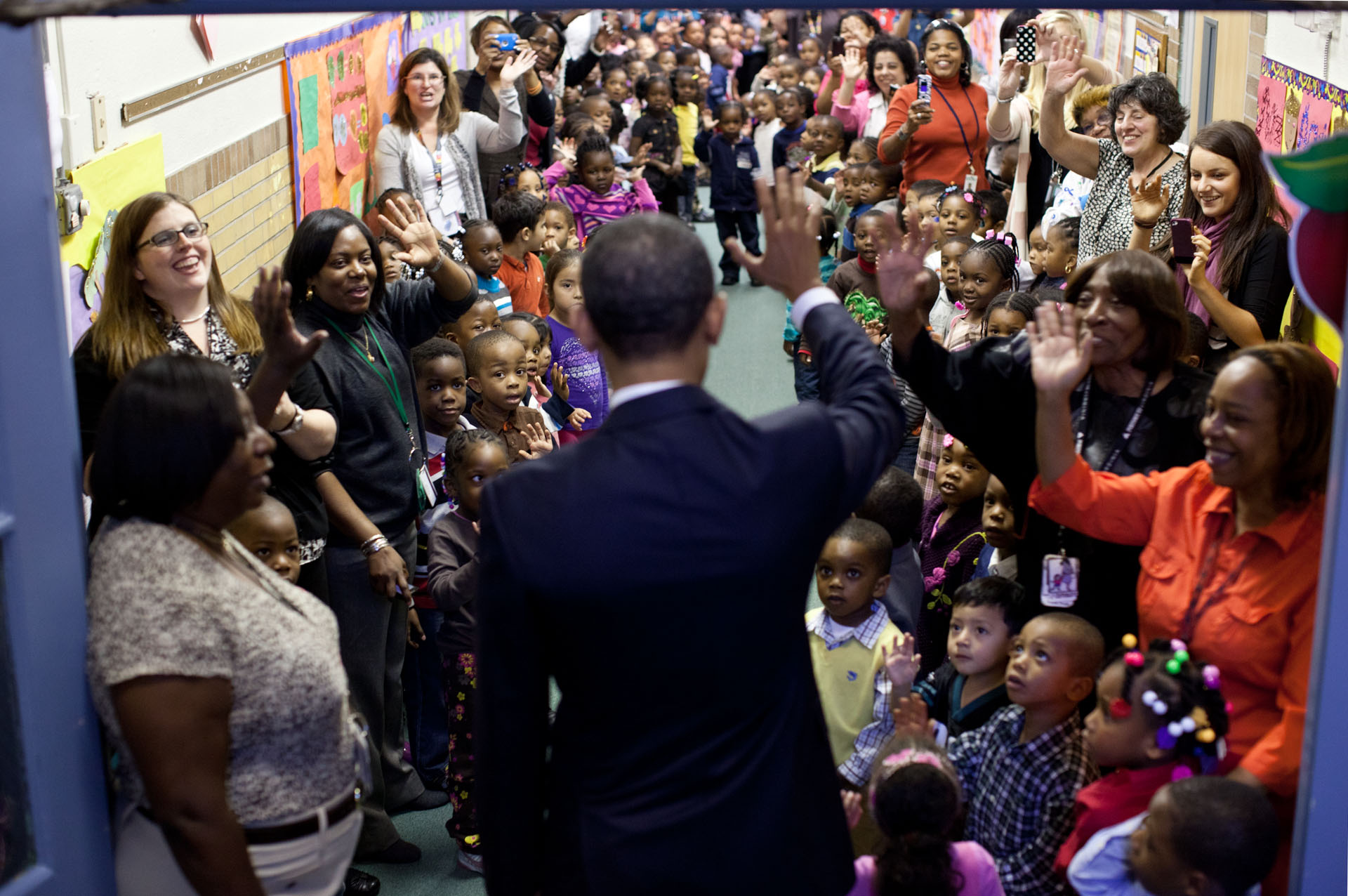 In honor of Veterans Day, the White House recognized six individuals as Champions of Change who are committed to helping veterans and military families. These individuals represent organizations and businesses that are working to improve the lives of veterans and military families by providing vital services and jobs to veterans. Watch the video from the Champions of Change discussion with White House and Joining Forces officials, which focuses on how these individuals are able to provide such critical services and jobs to our veterans. After you learn about these Champions of Change, take a moment to nominate a Champion in your own community.

Get involved in the Holiday Mail for Heroes program, run by the American Red Cross and Pitney Bowes. This program, now in its fifth year, encourages all of us to send a holiday card to a service member this season. Making a card is a simple act of kindness that means the world to our soldiers and their families. Learn how to get involved.