November 9, 2012 at 12:00 PM ET by Megan Slack
Twitter Facebook Email
Summary:
Veterans Day is a time show thanks to the men and women whose service and sacrifice have helped secure more than two centuries of American progress, but we should spend all our days determined to keep the promises that we've made to all who answer this country's call. 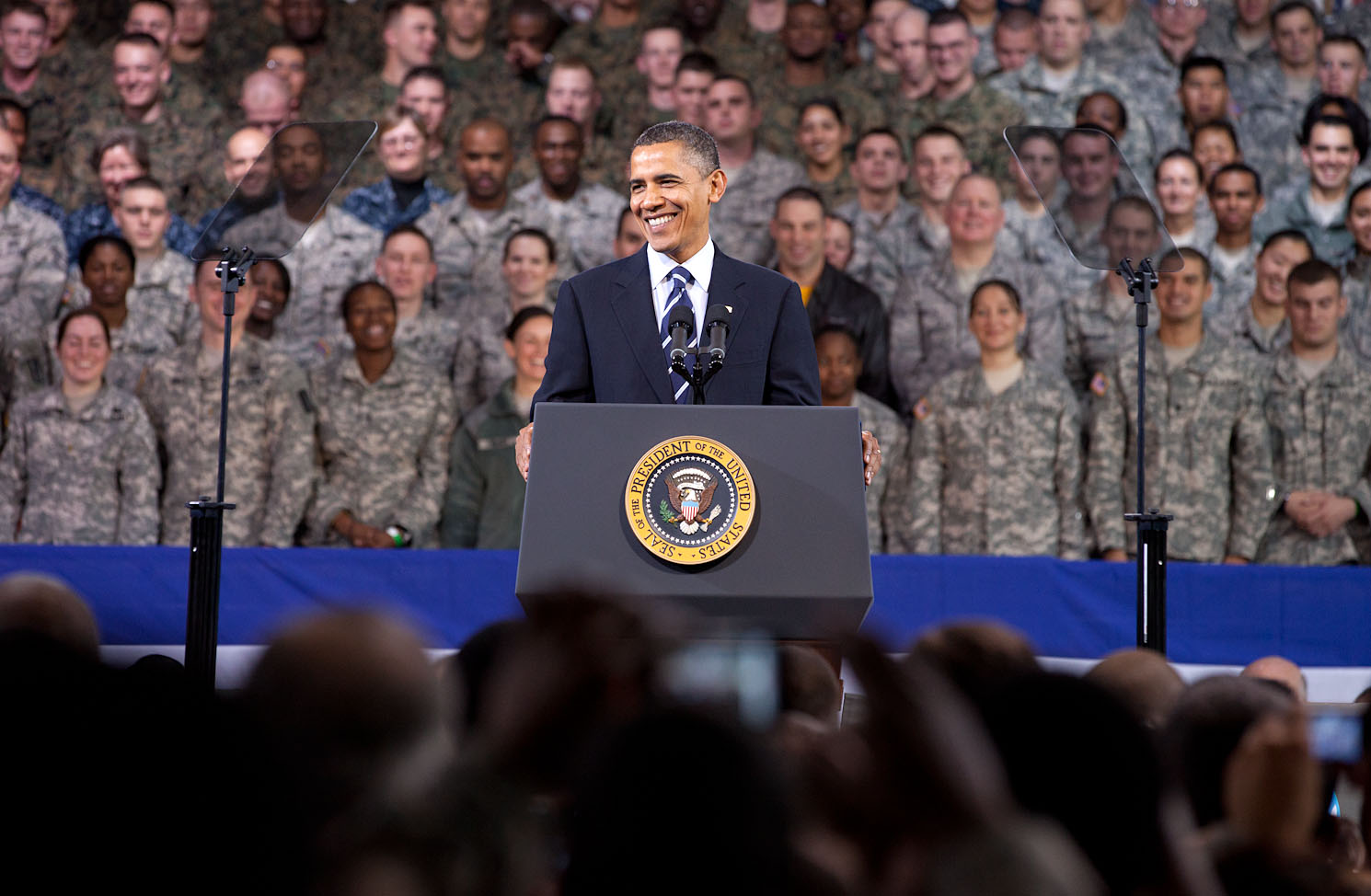 Ed. note: Tune in to whitehouse.gov/live on Sunday, November 11 at 11:00 am EST to watch the President and First Lady pay tribute at Arlington National Cemetery.

Sunday, November 11 will mark Veterans Day, a time show thanks to the men and women whose service and sacrifice have helped secure more than two centuries of American progress.

Since taking office, President Obama has remained committed to making sure our returning heroes share in the opportunities they have given so much to defend. On Veterans Days past, the President has that “while it is important and proper that we mark this day, it is far more important we spend all our days determined to keep the promises that we've made to all who answer this country's call.”

In 2009, the President spoke at the Memorial Amphitheater in Arlington National Cemetery about upholding that sacred trust with our veterans.  “Just as the contributions that our servicemen and women make to this nation don't end when they take off their uniform, neither do our obligations to them,” he said. “And when we fulfill those obligations, we aren't just keeping faith with our veterans; we are keeping faith with the ideals of service and sacrifice upon which this republic was founded."

On Veterans Day 2010, speaking to servicemembers, their families, and American and Korean veterans who served in the Korean War from Yongsan Army Garrison in Seoul, South Korea, President Obama explained some of the ways his Administration is working to make sure veterans have the care and benefits they need when they return home.

This has been one of my highest priorities since taking office.  It’s why I asked for one of the largest increases in the VA budget in the past 30 years.  It’s why we’ve dramatically increased funding for veterans’ health care.  It’s why we’re improving care for wounded warriors, especially those with Post-Traumatic Stress and Traumatic Brain Injury.  It’s why we’re working to eliminate the backlog at the VA and reforming the entire process with electronic claims and medical records.  It’s why there are fewer homeless veterans on the streets than there were two years ago.

That's why there are nearly 400,000 veterans and their families who are going to college because of the Post-9/11 G.I. Bill.

On Veterans Day 2011, before watching the University of North Carolina men's basketball team defeat Michigan State University onboard the USS Carl Vinson in the first-ever Carrier Classic, President Obama discussed the importance of doing right by our veterans by helping them get jobs once they transition back into civilian life.

“What we've done is make sure that Congress passed legislation that makes it a little bit easier for businesses to hire our veterans,” he said. “We've put in place a series of reforms to help veterans, make sure they get the counseling and the job placement that they need.”