July 1, 2013 at 5:38 PM ET by First Lady Michelle Obama
Twitter Facebook Email
Summary:
When we stepped off the plane in Tanzania today, we received a welcome that warmed our hearts and made us feel right at home. 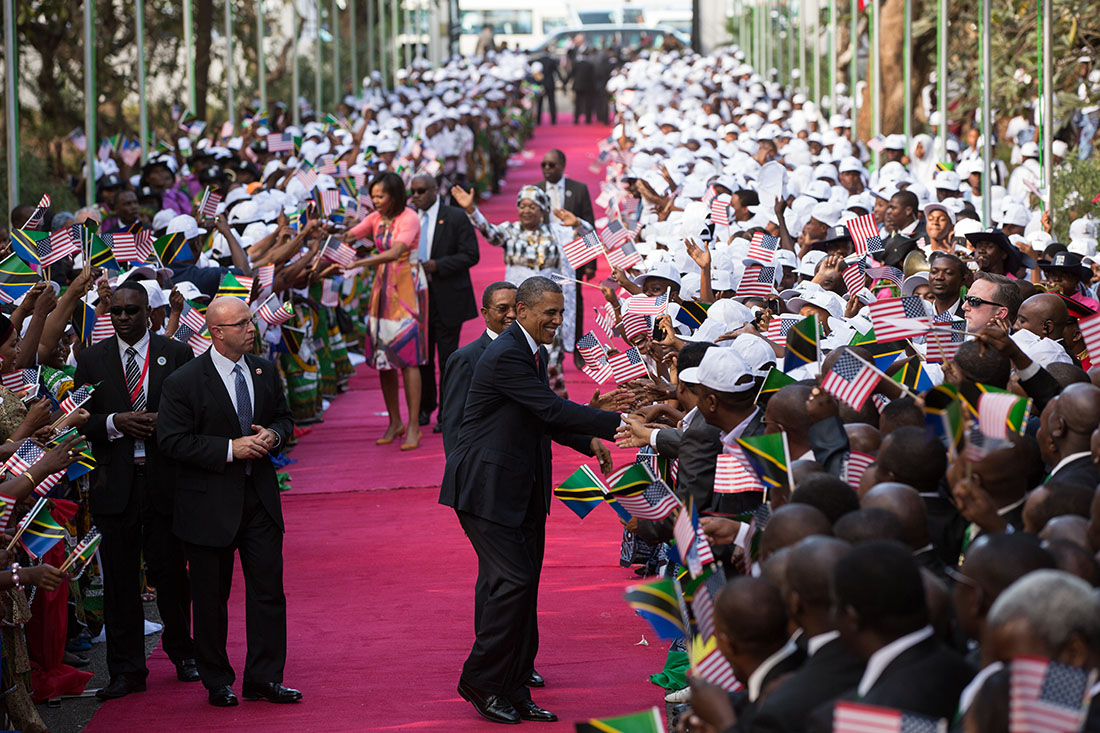 When we stepped off the plane in Tanzania today, we received a welcome that warmed our hearts and made us feel right at home. We were greeted by the President of Tanzania, President Jakaya Kikwete and his wife, Tanzania's First Lady, Mrs. Salma Kikwete. We then took part in an official arrival ceremony which included a military honor guard, the playing of the Tanzanian and American national anthems, and a magnificent dance and drumming performance with hundreds of dancers. And people lined the streets waving American and Tanzanian flags as we drove away.

Arrival ceremonies like this one are a vital part of diplomacy – they’re how countries and their leaders welcome each other and show their respect for each other. Here in the U.S., we have our own arrival ceremony for visiting leaders where we play their country’s national anthem as well as our own; we give them either a 21 or 19 gun salute (where members of our military fire guns into the air either 21 or 19 times as a show of respect); and both my husband and the foreign leader give brief speeches.

Later that evening, we host a special dinner where we honor our guests and do our best to make them feel at home here in the U.S. For example, we knew that President Calderon of Mexico was born in a region where the monarch butterflies migrate each spring. So when we held our Mexico State dinner, we had a butterfly theme for our decorations. 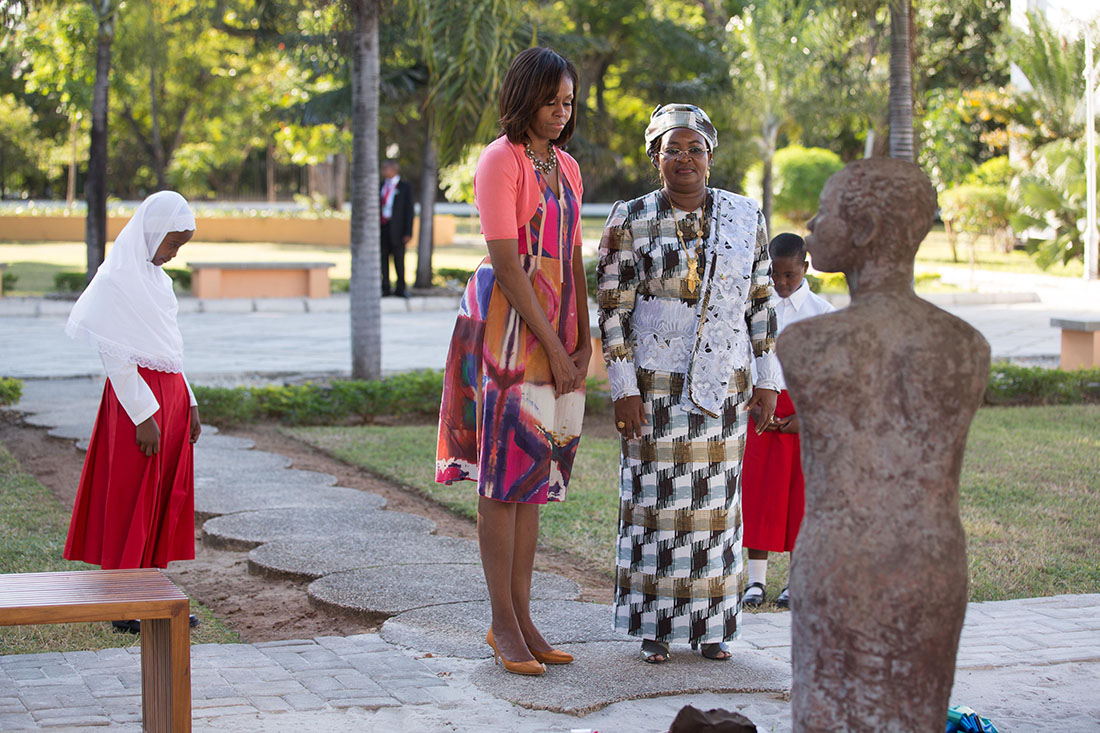 We also exchange gifts with our guests – and we always try to give them something personal and meaningful. For example, when my husband visited the United Kingdom back in 2011, he and Prime Minister David Cameron had a wonderful time grilling burgers and sausages at a barbecue for military men and women. So when Prime Minister Cameron came here to the United States last year, we gave him a special grill with engravings of our two countries’ flags and a special plaque commemorating his visit. We also gave him and his wife personalized White House chef jackets to wear while they barbecue.