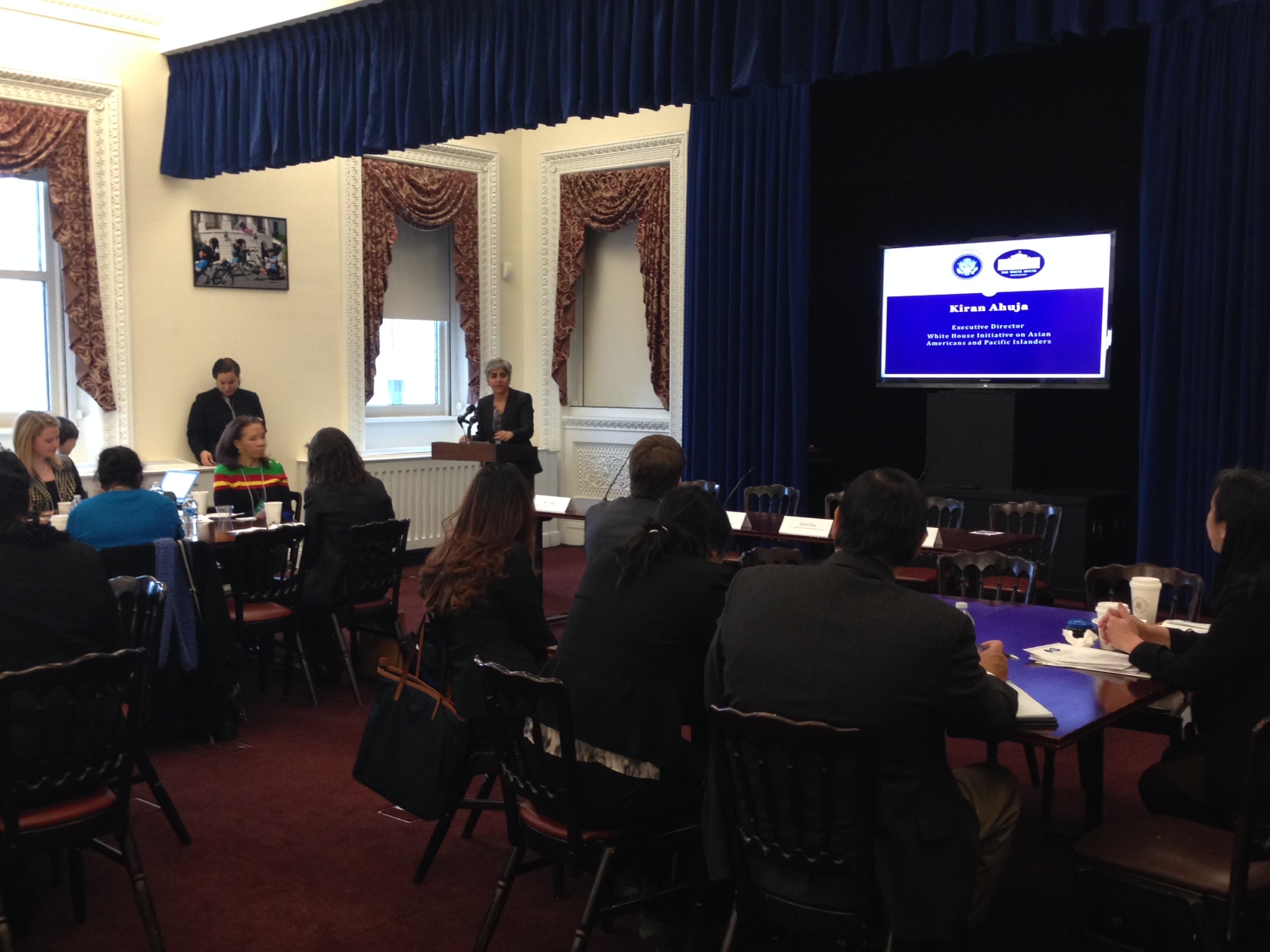 Executive Order 13166 – “Improving Access to Services for Persons with Limited English Proficiency” – requires federal agencies to examine the services they provide, identify any need for services to LEP individuals, and develop and implement a system to ensure meaningful access. And the statistics are compelling:  1 in 3 AAPIs is LEP.  Being LEP means you are less likely to seek medical care; report positive health care experiences; or even access government economic opportunities such as small business loans.

Language access has been a priority from day one at WHIAAPI. When the President signed the Executive Order reestablishing WHIAAPI, he stated, “No community should be invisible to its government”.  This statement has been WHIAAPI’s guiding light. In April 2010, less than 4 months after I became Executive Director, the BP Oil Spill devastated the Gulf Coast, affecting thousands of people, including hundreds of Southeast Asians who have lived in the Gulf for decades and made their living off the waters of the Gulf Coast. WHIAAPI deployed staff to the Gulf to address the concerns and needs of the AAPI community impacted by the spill. As a result, the first federal-wide language translation clearinghouse was established, in which all materials produced for the oil spill were translated into seven languages.

Since then, in partnership with the Department of Justice and other agencies, we have made great progress around language access.  Agencies have increased the number of in-language publications, done inventories of bilingual staff, created video vignette training series, or built stronger ties to ethnic media.

We are also particularly proud of WHIAAPI’s recent series of in-language Google+ Hangouts on the Affordable Care Act for top AAPI LEP populations with the highest rates of being uninsured: Korean, Vietnamese, and Chinese. Google+ Hangouts can be a low-cost and extremely effective alternative to reaching a large number of AAPIs who are LEP.  What is great about these Hangouts is that community members can continue to access themas an important federal resource.

At the summit, we challenged our federal partners to do even more for AAPI LEP communities, such as translating additional documents in AAPI languages, hosting an in-language Google Hangout, or thinking creatively on how we can share resources across federal agencies.

We know that in a few short decades, the AAPI population will double.  My hope is that together, we stay ahead of this curve, and live by the ideals espoused by our President, “that no community should be invisible to its government” and that the federal government - and its many resources and services - should not be invisible to LEP communities.