August 11, 2014 at 6:14 PM ET by David Hudson
Twitter Facebook Email
Summary:
The President gives an update on the recent developments in Iraq, highlighting steps that Iraq is taking to form a new, inclusive government.

This afternoon, President Obama gave an update on the most recent developments in Iraq.

First, the President noted that U.S. forces have "successfully conducted targeted airstrikes to prevent terrorist forces from advancing on the city of Erbil, and to protect American civilians there." He also addressed our ongoing humanitarian efforts to help those who are stranded on Mount Sinjar, adding that we've deployed a USAID Disaster Assistance Response Team to help.

"Some have begun to escape their perch on that mountain," he said, "and we’re working with international partners to develop options to bring them to safety."

The President reiterated that "the only lasting solution is for Iraqis to come together and form an inclusive government," and highlighted important steps Iraq is taking in that effort:

Earlier today, Vice President Biden and I called Dr. Abadi to congratulate him and to urge him to form a new cabinet as quickly as possible -- one that’s inclusive of all Iraqis, and one that represents all Iraqis.  I pledged our support to him, as well as to President Masum and Speaker Jabouri, as they work together to form this government.  Meanwhile, I urge all Iraqi political leaders to work peacefully through the political process in the days ahead.

This new Iraqi leadership has a difficult task.  It has to regain the confidence of its citizens by governing inclusively and by taking steps to demonstrate its resolve.  The United States stands ready to support a government that addresses the needs and grievances of all Iraqi people.  We are also ready to work with other countries in the region to deal with the humanitarian crisis and counterterrorism challenge in Iraq.  Mobilizing that support will be easier once this new government is in place.

These have been difficult days in Iraq -- a country that has faced so many challenges in its recent history.  And I’m sure that there will be difficult days ahead.  But just as the United States will remain vigilant against the threat posed to our people by ISIL, we stand ready to partner with Iraq in its fight against these terrorist forces.  Without question, that effort will be advanced if Iraqis continue to build on today’s progress, and come together to support a new and inclusive government. 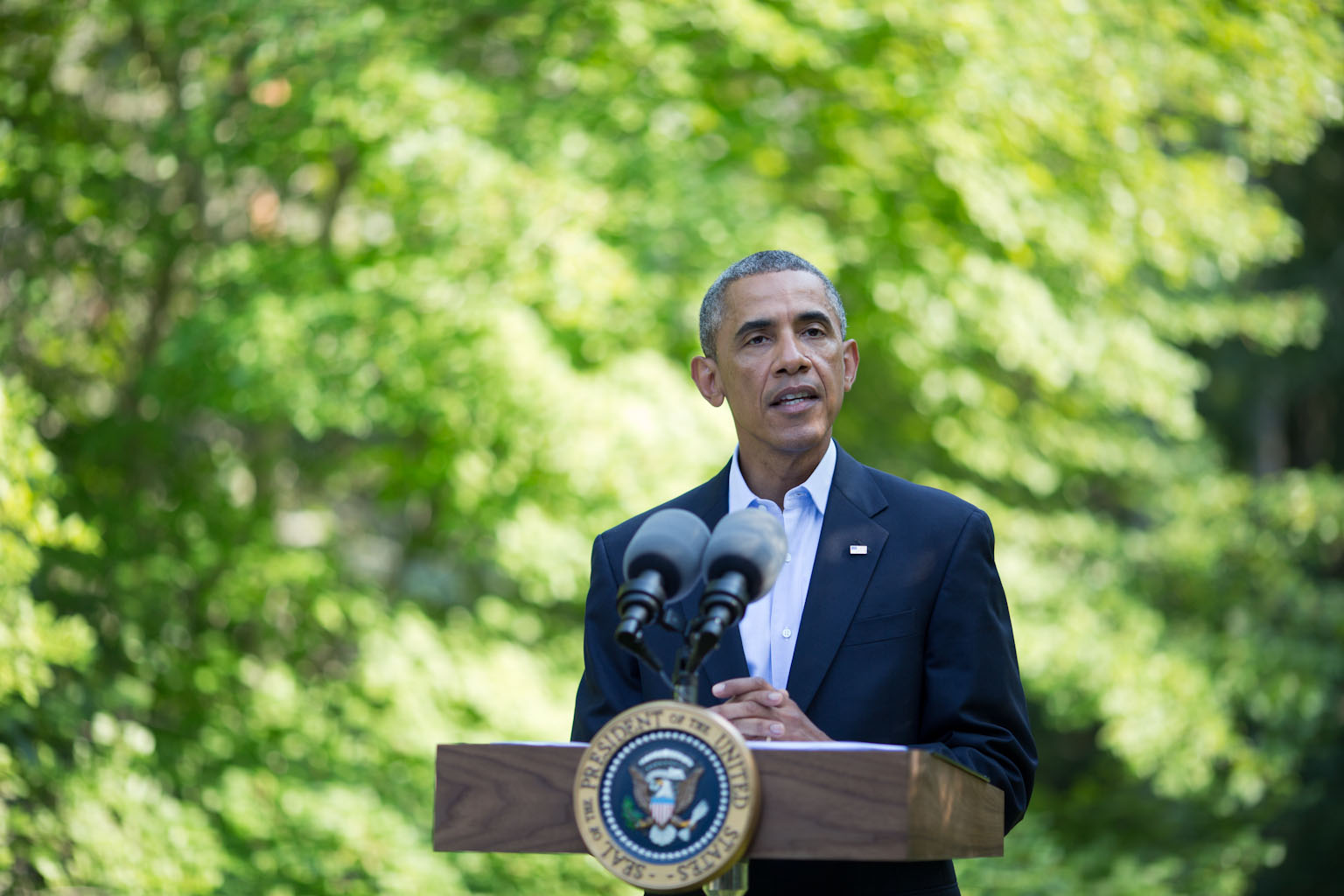