Upping Our Game for Disaster Preparedness and Response

Upping Our Game for Disaster Preparedness and Response

June 3, 2015 at 11:05 AM ET by Megan Smith and Tamara Dickinson
Twitter Facebook Email
Summary:
Last Thursday the President was in Miami for the 20155 Hurricane Briefing at the National Oceanic and Atmospheric Administration (NOAA)'s National Hurricane Center. The briefing covered things like the Administration's Climate Resilience Toolkit, one example of the resources that individuals and organizations rely on for effective disaster preparedness and response. Over the past two years, the Administration has invested in other tools and technologies to enhance our disaster preparedness and response capabilities.

Last Thursday the President was in Miami for the 2015 Hurricane Briefing at the National Oceanic and Atmospheric Administration (NOAA)’s National Hurricane Center. Briefing topics included forecast details for the coming hurricane season as well as an overview of technology, tools, and teams supporting preparedness and response efforts led by NOAA, the Federal Emergency Management Agency, the Department of Defense, and other Federal, state, and local entities.

The briefing covered resources like the Administration’s Climate Resilience Toolkit, a website that provides centralized, authoritative, easy-to-use information, tools, and best practices to help communities prepare for and boost their resilience to the impacts of climate change. For instance, the Climate Resilience Toolkit’s Coastal Flood Exposure Mapper tool creates visualizations that overlay projections of future sea level rise with the locations of critical infrastructure in coastal areas, helping users to target preparedness and response efforts to high-priority areas.

The Climate Resilience Toolkit is one example of the resources that individuals and organizations rely on for effective disaster preparedness and response. In the aftermath of Hurricane Sandy, in October 2012, the Federal government made it a priority to improve such resources by expanding engagement with a broad range of community members to contribute their talents, needs, unique skills, and perspectives in building tools and sharing information before, during, and after a crisis.  This led to the April 2013 launch of the White House Innovation for Disaster Response and Recovery Initiative — a government-wide effort to strengthen our ability to cope with disasters.

Since then, the Administration has continued to work collaboratively in the area of community engagement and crowd-sourced innovation to develop #disastertech resources to enhance our disaster preparedness and response capabilities.

Here are some highlights:

In July 2014, the White House hosted the Innovation for Disaster Response and Recovery Initiative Demo Day, which built off of an August 2013 Data Jam/Think Tank, a pilot initiative by the Department of Energy to provide an easy way to access power outage maps, and other prior innovation work.  More than 1,500 people participated in the Demo Day in person or via livestream, including developers and representatives of agencies and technology companies who showcased tools built as part of this initiative to assist individuals and communities. 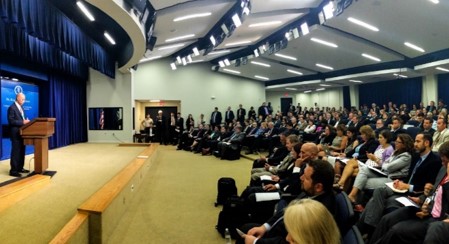 The day also featured workshops to identify challenges to which open data, social media, predictive analytics, sharing economy platforms, standards, and user-centered design could be applied to improve disaster preparedness, response, and recovery efforts. At this event, the public and private sectors announced more than 30 apps and tools to help address the challenges that severe weather and other disasters can pose to our communities – including resources that leverage the sharing economy, crowdsourcing, and open data. 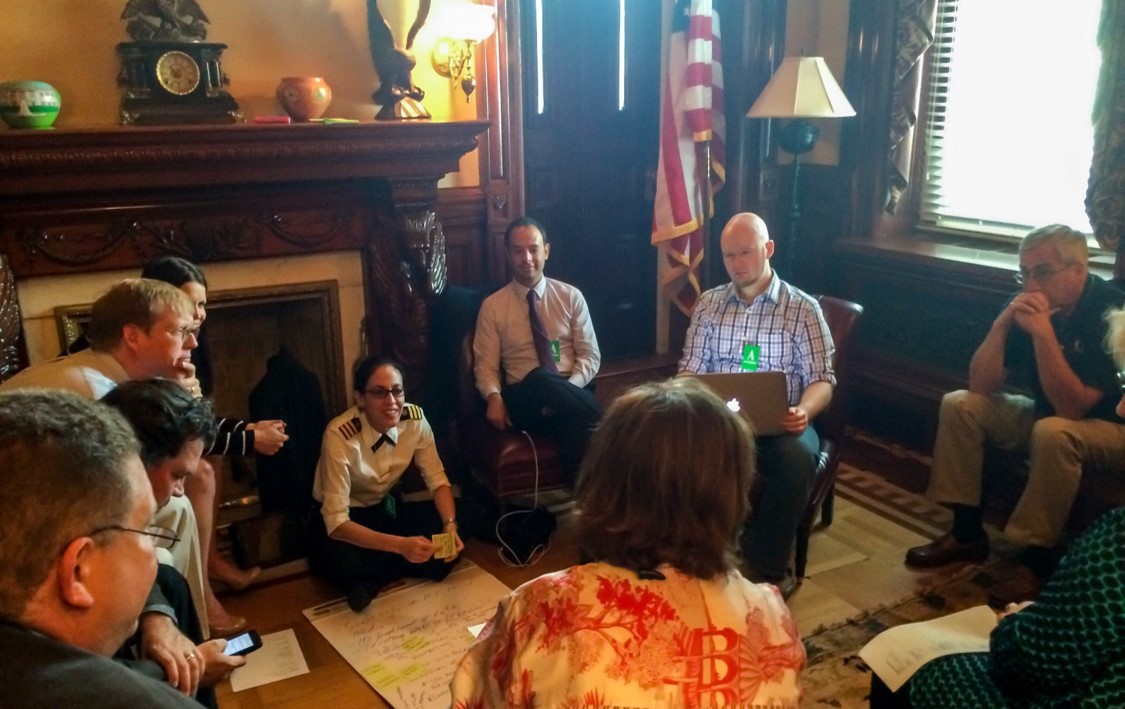 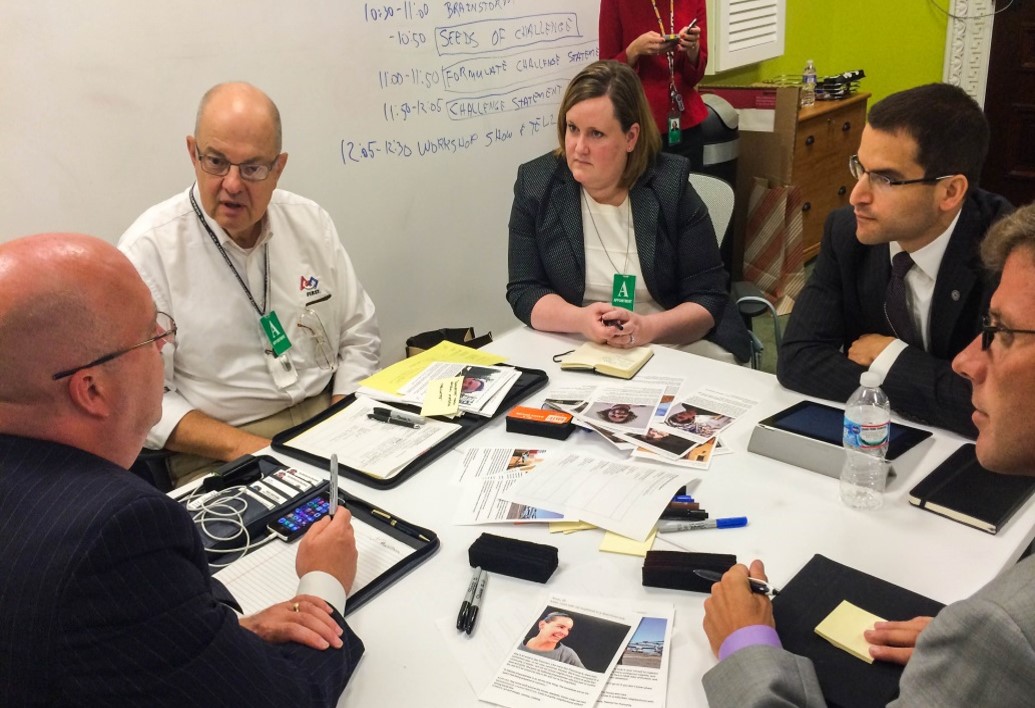 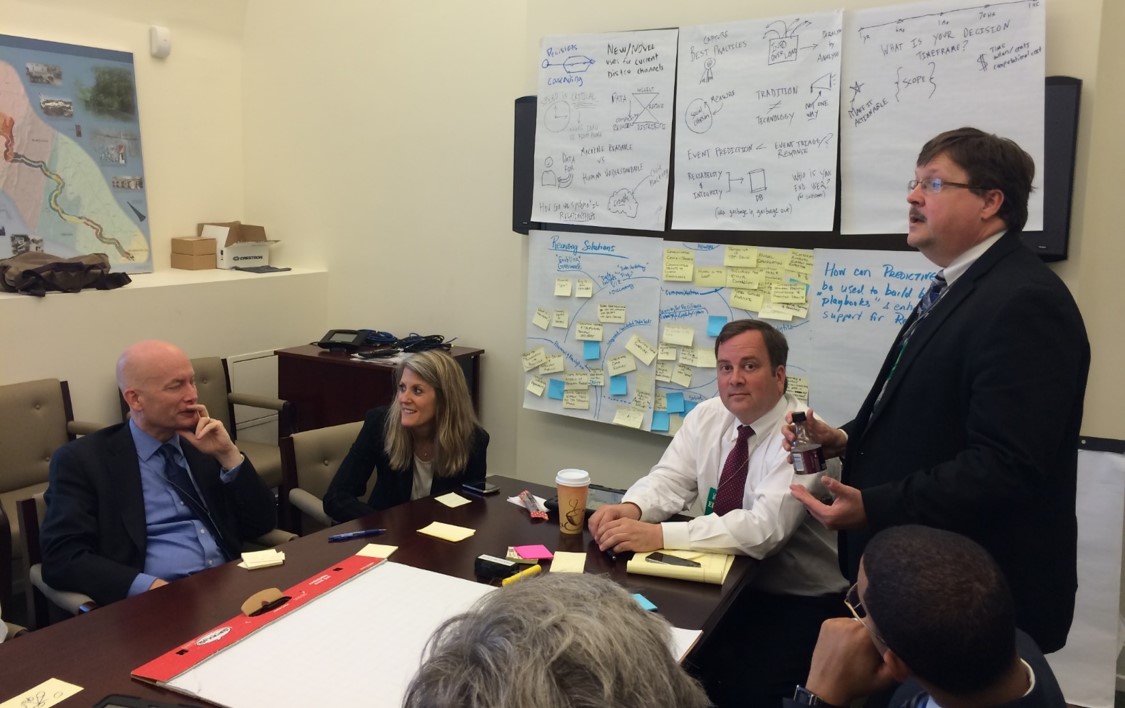 Participants at the Innovation for Disaster Response and Recovery Demo Day participate in breakout workshops.

In October 2014, Federal agencies worked with the private sector to co-host the first Hardware Hackathon for Disaster Preparedness in the Brooklyn, NY neighborhood of Red Hook. Results from the hackathon included: 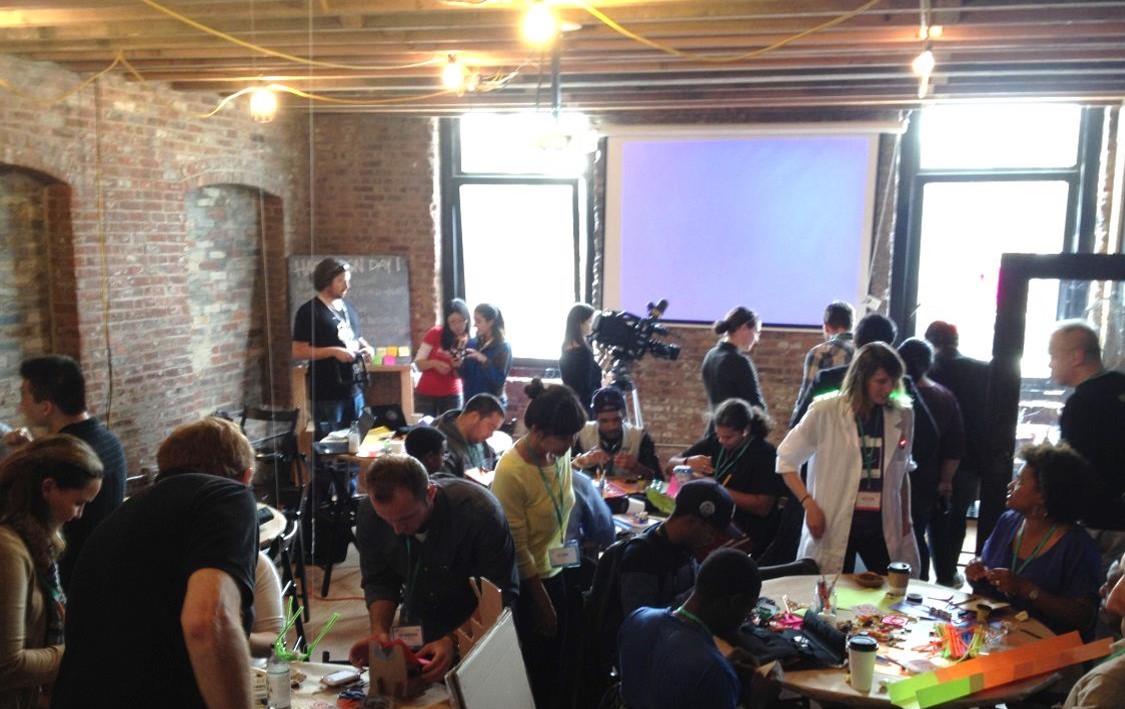 A Citizen Power Brigade hybrid electric vehicle transformed into a source of mobile energy power is demonstrated at (left) and other participate in (right) the October 2014 Civic Hardware Hackathon for Disaster Preparedness in the Brooklyn, NY neighborhood of Red Hook.

In December 2014, the Administration launched disasters.data.gov, an online portal that hosts more than 150 disaster-related datasets and tools (many of which came from the July 2014 Demo Day). The website includes a “Get Involved” section that houses challenge statements and a call-to-action for data stewards. 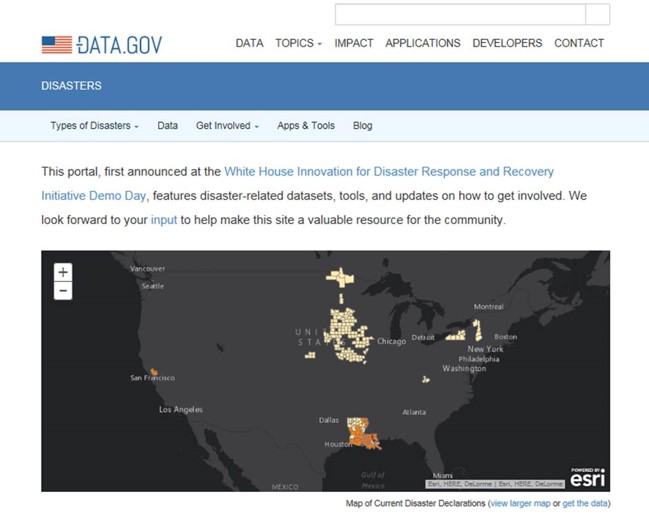 Last month, in line with the Administration’s goal of better preparing and supporting survivors and communities following a disaster, public and private entities released a host of new tools, services, and initiatives as part of America’s PrepareAthon! National Day of Action, a grassroots campaign for action to get families, organizations, and whole communities better prepared for emergencies. The commitments included:

Just a couple of weeks ago, citizen cartographers joined the White House Office of Science and Technology Policy and Office of Digital Strategy for the first-ever White House Mapathon to celebrate and work on crowd-sourced mapping projects underway in government. Projects included:

Each year, emergencies and natural disasters continue to challenge our communities and test our readiness. We encourage you to join us in taking action to build, leverage, and share #disastertech innovations!

Tamara Dickinson is Principal Assistant Director for Environment and Energy at the White House Office of Science and Technology Policy.