This Day in History: The Magna Carta, a Foundation of Our Democracy

June 15, 2015 at 3:36 PM ET by David Hudson
Twitter Facebook Email
Summary:
June 15, 2015 marks the 800th anniversary of the Magna Carta, a pioneering legal document that served as the foundation for American democracy and individual rights.

Eight hundred years ago today, King John of England sealed the Magna Carta, a groundbreaking legal document that served as the foundation for our constitutional democracy. 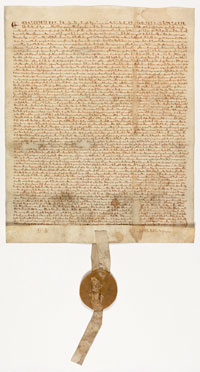 In the midst of ever-increasing conflict between the King and barons of the 13th century, the Magna Carta established individual liberties, forcing the King to recognize the rights of citizens.

Although the “Great Charter” itself was a failure, unable to resolve the clashes between the two parties, it set the standards for good governance in centuries to come. America’s forefathers centered our founding documents on the values of the Magna Carta, inspired by its dedication to the defense of liberty.

"The democratic aspiration is no mere recent phase in human history... It was written in Magna Carta."

While the Magna Carta itself focused on a list of demands and grievances which are hardly relevant in 2015, the following two principles endure to this day, mirrored in our own Constitution:

"No freeman shall be taken, imprisoned, disseised, outlawed, banished, or in any way destroyed, nor will We proceed against or prosecute him, except by the lawful judgment of his peers or by the law of the land."

As the cornerstone for the United States Constitution and Bill of Rights, the Magna Carta piloted the idea of asserting one’s rights as an individual. The Fifth Amendment directly originated from this text, guaranteeing due process to all Americans. Ultimately, the Magna Carta’s ideals of freedom and justice have steered America through a prosperous history.

Celebrating Law Day last month, President Obama reflected on the significance of the Magna Carta and the rule of law in America:

“Centuries ago, when kings, emperors, and warlords reigned over much of the world, it was this extraordinary document — agreed to by the King of England in 1215 — that first spelled out the rights and liberties of man. The ideals of the Magna Carta inspired America's forefathers to define and protect many of the rights expressed in our founding documents, which we continue to cherish today.” 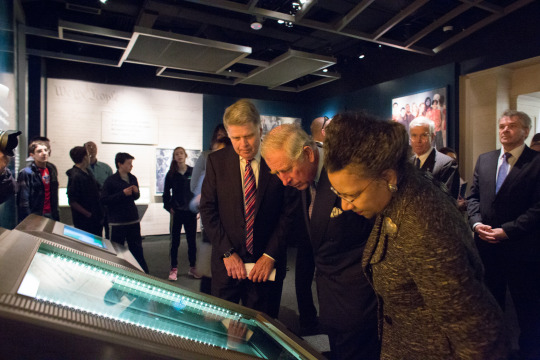 Check out some other "This Day in History" posts on: