For the Win: The Spark in All of Us

December 6, 2011 at 4:43 PM ET by Ronnie Cho
Twitter Facebook Email
Summary:
Adora Svitak, the youngest recipient of the National Education Association's Award for Outstanding Service for Public Education, describes what inspired her to lead the youth-organized conference TEDxRedmond for the second year in a row, with more than 600 audience members and 20 youth speakers.

Adora Svitak’s Facebook status, "I live such a Hannah Montana life...teacher by morning, student by noon, author by afternoon, world traveler and speaker by night (they all sort of happen simultaneously)." Adora has made a splash in the worlds of education, literacy, youth empowerment and activism. She published her first book, Flying Fingers, at the age of seven; since then she's been drumming up excitement about reading, writing and education technology. Speaking and teaching around the world to both adults and kids, she champions a wide variety of causes, including literacy, education technology, student voice, and fighting world hunger. She was the youngest recipient of the National Education Association's Award for Outstanding Service for Public Education--joining a list of past awardees like Bill Clinton and Mr. Rogers. This September, she led the youth-organized conference TEDxRedmond for the second year in a row, with more than 600 audience members and 20 youth speakers. 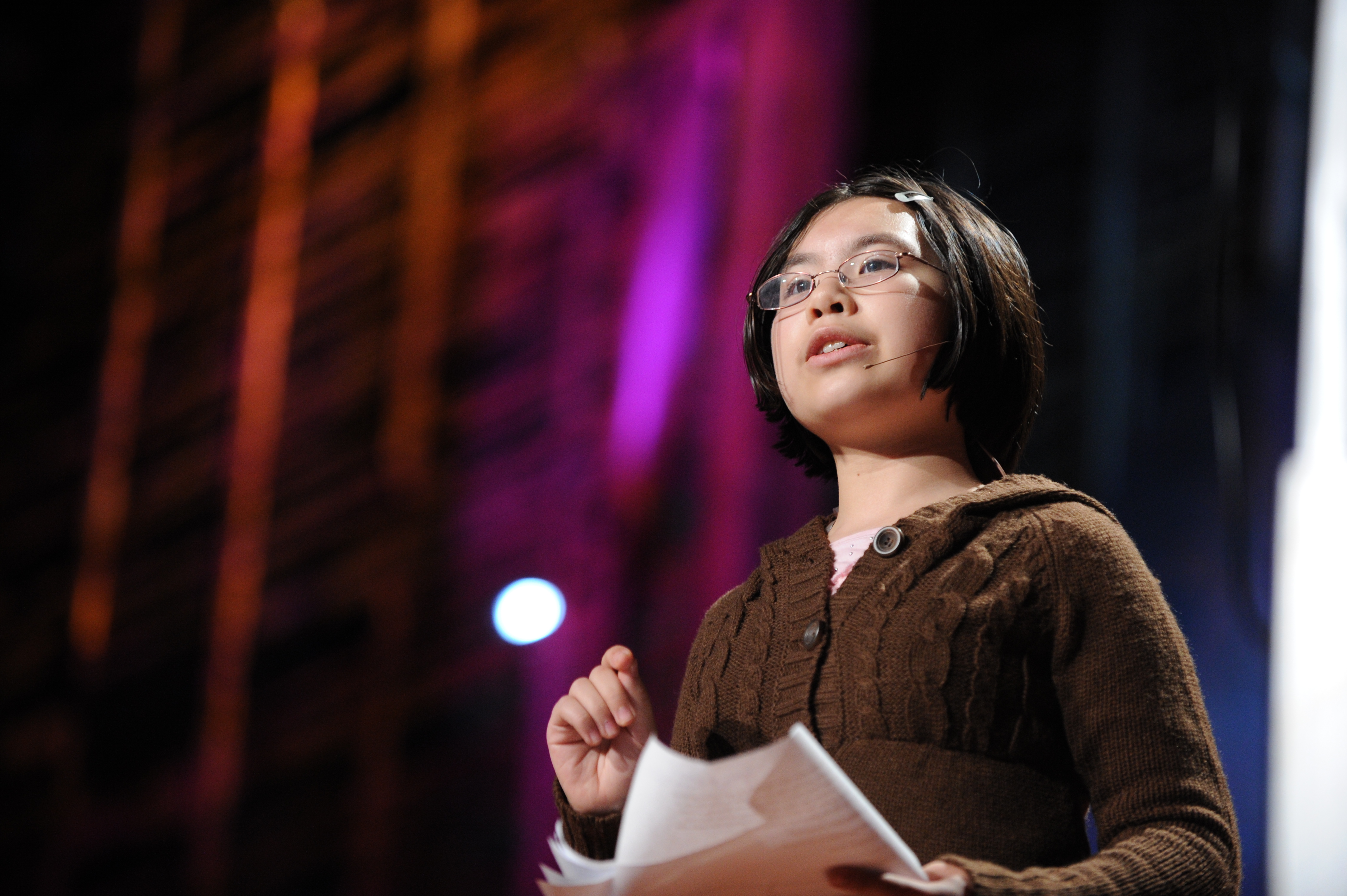 It’s 12:45 p.m. at the Microsoft Conference Center, and people are beginning to take their seats. But contrary to the surroundings, this is no corporate conference or group of CEOs; this audience of hundreds is all youth.

TEDxRedmond is a TEDx event for youth, organized by youth. We had an organizing committee of sixteen people, all under the age of 18. We started in April of 2011 and it was nonstop from there on — making phone calls, writing emails, designing posters, making a trailer video, etc. We even had a five hour work meeting!

I was motivated to start TEDxRedmond in 2010, after going to the main TED Conference in Long Beach, Calif., where I spoke in February. The experience of being in a place filled with so many ideas and so much inspiration made me want to bring back something similar to my community.

I knew that there were some amazing existing TEDx events in and around Seattle, Wash., but none for youth. I wanted TEDxRedmond to address young people in our area. Adults from TED, the TEDx community, companies, and, of course, our parents were all hugely supportive of our goal.

As the clock struck 1 p.m., I stepped onto the stage. Months of planning and work had all led up to this critical moment: calling the conference to order. I was excited! Attendees came from California and Washington and many more around the world were following the conference through the live stream feed. It is my sincere hope that each person who attended TEDxRedmond left feeling inspired to think about all the ways they, as individuals or groups, can impact their communities. These acts can be big or small, something as seemingly simple as saying hi to a new classmate or as complex as forming an internationally successful nonprofit organization. In the end, it’s up to you to make your mark on the world.

Impact comes in all shapes and forms, and indeed some of TEDxRedmond's most powerful effects came in the form of small square cards. You see, TEDxRedmond took place on September 10, so we wanted to make sure that audience members had time to remember those lost on 9/11. Partnering with the global youth service movement generationOn, a Points of Light enterprise, we provided attendees with cards that asked respondents what they would do to help commemorate 9/11 Day, one of the largest days of service in America, and all the lives lost on September 11, 2001. The breadth and depth of the suggestions offered amazed me. Every response came from an “ordinary kid” in the audience but the pledges audience members made that day were extraordinary.

As twelve-year-old TEDxRedmond attendee Lily Ha wrote in an email to us, “Now, I’m more determined than ever to make a difference in the world; [to] leave a footprint in the sands of time.” Lily’s email perfectly sums up the reaction we want to see in our attendees. Our theme this year was “The Spark in All of Us.” We want to see each and every student find their personal “spark” and cast a light of inspiration for others to follow. As we near the end of the year, think about what will spark your desire to make a mark on the world in 2012.

Visit generationOn.org for ideas and to learn how your pledge to do an act of service can send a toy to a child in need.