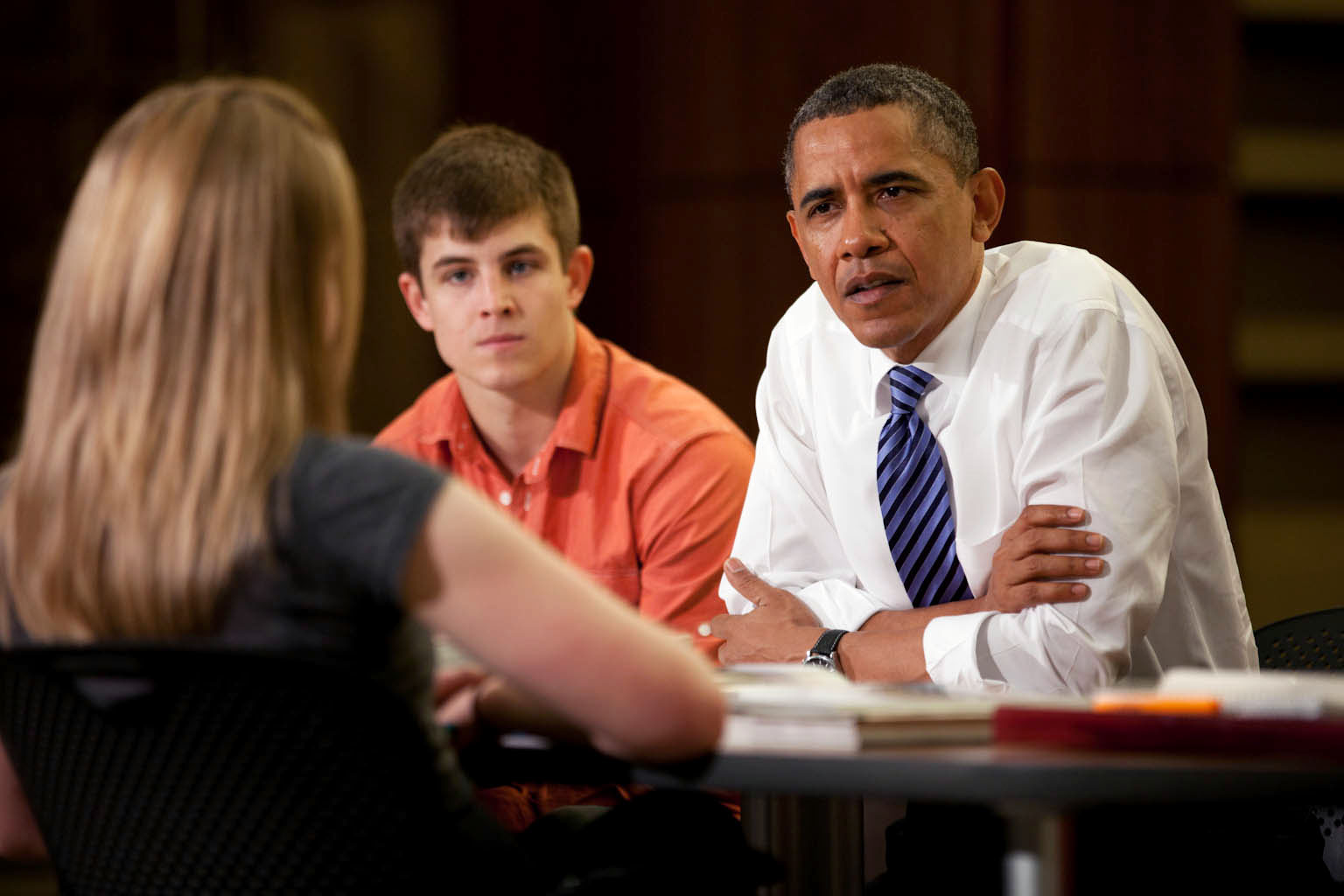 Raise your voice and reach out to your networks if you agree that student loan rates should not double on July 1. On Twitter and Google+, use the hashtag #DontDoubleMyRate; on Facebook, update your status and profile image. Learn more about the President’s proposal and read about the impact higher interest rates would have on the AAPI, Native American, Hispanic, and African American communities.

President Obama Celebrates a Year of Champions of Change 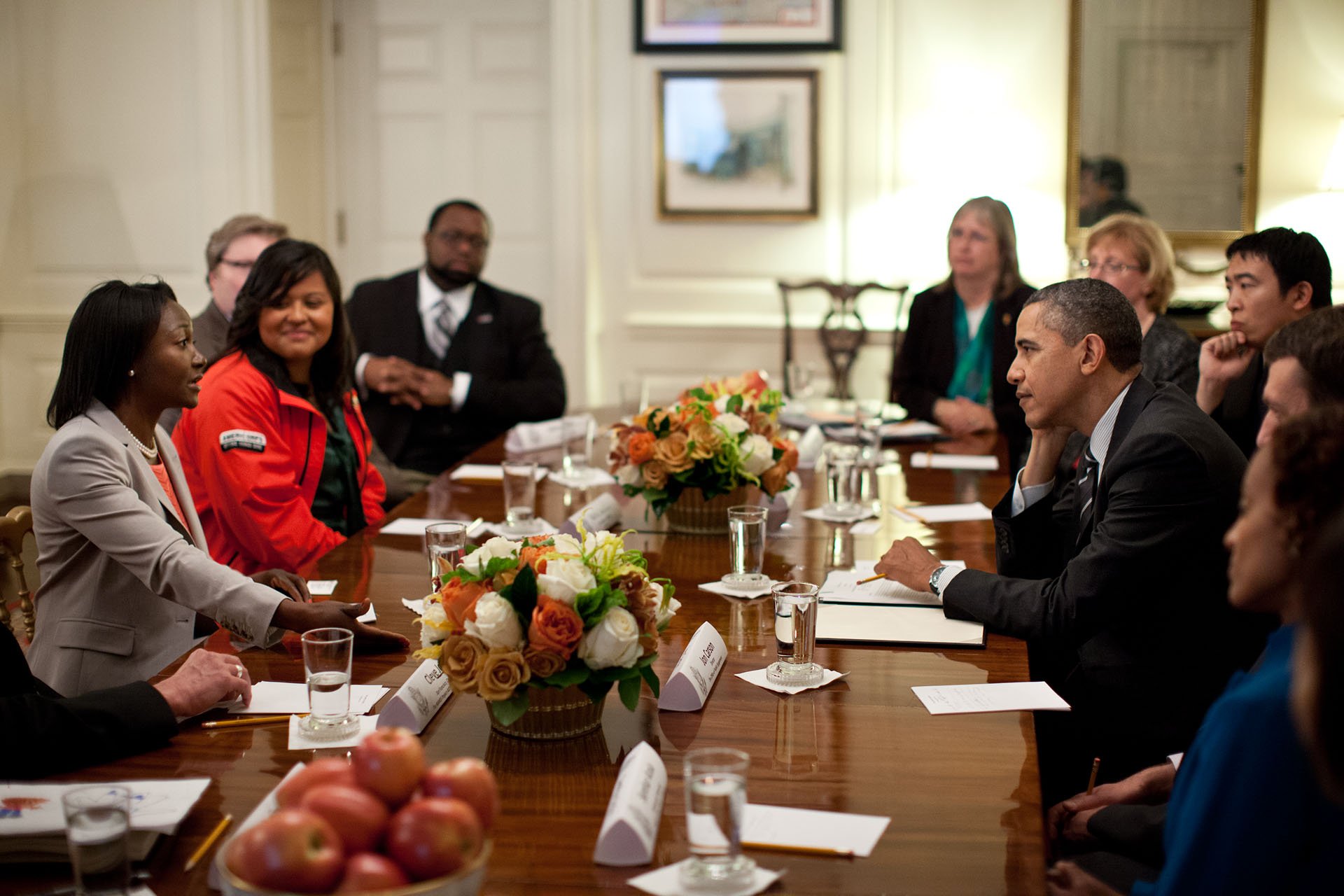 President Obama met with a group of Champions of Change alumni last week to mark the one-year anniversary of the Champions program. During the meeting, the President learned about the work these Champions are doing in their communities and asked what being a Champion of Change means to them.

On Saturday night, President Obama and First Lady Michelle Obama attended the White House Correspondents' Dinner, which was hosted by Jimmy Kimmel. The annual event honors the work of the journalists who report on the Administration and the dinner raises money that is used to grant scholarships to journalism students. The President's speech, which pokes fun at himself and the coverage he has received from the reporters in attendance, is the evening's highlight. Watch or read the President’s full remarks on WhiteHouse.gov.

The President and First Lady traveled to Fort Stewart, Georgia last Friday to meet 10,000 soldiers, military families, and veterans and sign an Executive Order that will positively impact the educational benefits and opportunities for our nation’s heroes and their families for a long time to come. The Executive Order is designed to combat unscrupulous practices used by schools to gain access to military/veteran education benefits: it protects the full range of military/veteran education benefits programs, including Post 9/11 GI Bill benefits, the Tuition Assistance program, and MyCAA, and its provisions focus on ensuring students have the proper information, support, and protections they need to make informed decisions about their educational options.

Last Thursday marked the 20th anniversary of the National Take Our Daughters and Sons to Work Day, and the eighth year the White House has formally participated in this event. Over 180 children of employees of the Executive Office of the President (EOP) spent the morning at the White House discovering the many avenues and career paths their futures may hold. The kids got to put their thinking caps on and learn about exciting careers in science, the culinary arts, and national security. First Lady Michelle Obama concluded the event by answering questions from the children, including: What is her favorite part about being First Lady? How many types of fruits and vegetables are in the kitchen garden? And when did Bo join the First Family?

The White House honored nine individuals as Champions of Change last Wednesday who are using innovative approaches to promote energy efficiency, revitalize outdoor spaces and waterways, and adopt transportation solutions that conserve natural resources, improve walkability and improve other quality of life aspect of our towns and cities.

President Obama and Department of Labor Secretary Hilda Solis announced the Summer Jobs+ Initiative, a call-to-action for American business, nonprofits, and government to provide pathways to employment for low-income and disconnected youth in the summer of 2012. Youth and communities can sign-up HERE to be alerted when the jobs bank goes live.

The LGBT Pride Month Champions of Change Video Challenge explores the stories of unsung heroes and local leaders who are leading our march towards a more perfect union. Videos will be accepted in any form (including music video, PSA, short film, video blog, and interview) but must be no longer than 3 minutes. Essays no longer than 750 words will also be accepted if video production is not possible. Submissions should be creative, innovative, and inspiring and must be submitted by Friday, May 4, 2012.