May 22, 2012 at 5:59 PM ET by Ronnie Cho
Twitter Facebook Email
Summary:
Shannon McNamara is a young woman working to end the "book famine" in Africa. 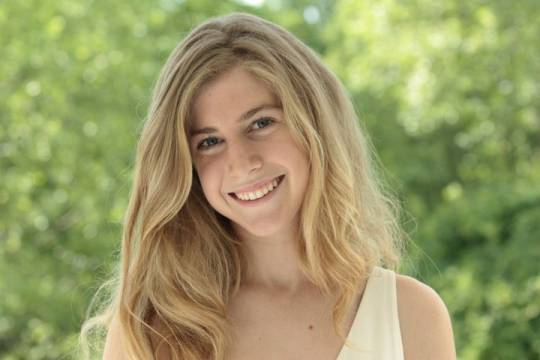 Shannon McNamara, 18, and a sophomore at Rice University in Houston, Texas, founded SHARE (Shannon’s After-School Reading Exchange) to empower girls in Africa through reading. Shannon is arecipient of the Daily Point of Light Award, presented by Points of Light. In 2011, Shannon was honored to be invited to speak at the White House by First Lady Michelle Obama at a reception celebrating the 100th anniversary of International Women’s Day.

Thank you for wanting to help the girls of Bukoba. We have so many challenges but as we say here, “It is little by little that the bird builds its nest…”

Thus began the email response from the Tanzanian community leader regarding my offer to help the local girls during an upcoming service trip to Africa. Never could I have imagined the events that would open my eyes,fill my heart and change my life.

I grew up with my parents telling me I had won the “birth lottery” in life by being born in America. They instilled in my siblings and me the motive for giving back. So when our family trip to Africa in July 2008 coincided with completing my Girl Scout Gold Award, I knew the chance to make a real difference had arrived. Before departing for Bukoba, Tanzania, I researched this region of the world and learned about the “book famine,” as well as the cultural bias that discourages education for girls. Determined to empower these undervalued girls, I collected 500 pounds of school books and supplies by distributing flyers to my neighbors, family and friends, and transported it all on the plane to Tanzania. My goal was to bring the opportunity of a better future to the girls by creating an after-school reading program just for them.

I thought I knew the challenge ahead, having spent previous summers volunteering in rural schools in Peru and Costa Rica, but I was not prepared for the extreme poverty that existed at the Kiteyagwa Primary School. The school had no electricity, no running water and no books. Supplies were so limited that a student would break one pencil into three pieces to share. Most students arrived after walking miles to school in bare feet, sat four to a desk and did not eat the entire day until they returned home. I immediately doubted my ability to fix these overwhelming problems. My head was spinning at the magnitude of the situation and I didn’t know where to begin.

Renovating the tattered classroom became the first step and was relatively easy compared to the next hurdle: convincing the mothers to give permission for their daughters to attend the program. While African society encourages boys to excel academically, girls are expected to perform household chores, such as fetching water, working in the fields and caring for their siblings. Three parents’ meetings were held where I spoke passionately about the virtues of educating their daughters, with the headmistress translating for me. While most mothers eventually agreed, I found it heartbreaking when several refused.

I’ll never forget leading the very first after-school program. The 23 girls were so mesmerized by the books that even after two hours of instruction they declined my offer to take a play break outside. Kama huna akili, Shannon, sisi wanapendelea kuendelea kusoma, (“If you don’t mind, Shannon, we prefer to continue reading!”). These girls crave and cherish books, something my friends and I take for granted. At that moment my doubt disappeared. I was now conscious of my power and my duty to help.

As I was preparing to return home, the headmistress of the school locked eyes with me and whispered, “Don’t forget us.” Those three words continue to haunt me and motivate me to this day. This idea for SHARE (Shannon’s After-School Reading Exchange) morphed from a one-time project into a mission that changed my life.

I spent the next year applying for grants online (especially ones geared towards teenagers trying to make a difference in the world) as a way to raise money for SHARE. The successful receipt of some grants led to local recognition which resulted in more support, which in turn gained national attention. Weekly interviews with reporters became routine, and I used these opportunities to spread awareness about the struggles of African girls.

This summer will be my fifth time back to Bukoba and each year I am amazed by the enormous gains in the girls’ reading and English skills. When we first met, the girls spoke so softly that I had to strain my ears as they quietly introduced themselves. The second and third summers these same girls were now chatting away in English about their plans to become doctors, nurses, teachers and even the president.  The fourth summer, I took my friendship with the SHARE girls a step further and actually tried to be a fellow student for a day. I wore their uniform, attended their classes and learned in a truly firsthand way just how exhausting and strenuous their daily life is! Hearing their dreams inspires me to channel my energies into making SHARE sustainable. I want the girls to experience a future of opportunities, which will mean that both their dreams and mine come true.

A reporter asked me recently, “Shannon, SHARE obviously consumes so much of your time. What keeps you going?”

I thought for a moment.

“The girls do,” I reflected, “They are my heroes.”


Check out previous For the Win blog posts: