June 13, 2012 at 5:51 PM ET by Ronnie Cho
Twitter Facebook Email
Summary:
Grace Brown uses her photography to give a voice to victims of sexual abuse, which she hopes will give a voice to others in the future. 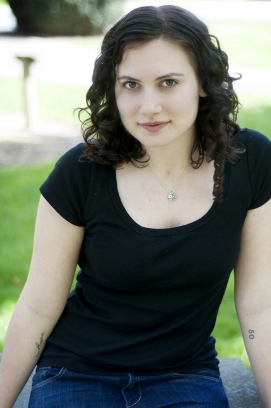 Right now, there are millions of men and women around the world who have fallen victim to acts of sexual abuse. It is an issue that this administration does not take lightly. Vice President Joe Biden is the director of the "1 is 2 Many" campaign, which aims to raise awareness of the prevalence of sexual and domestic violence, specifically against women. However, this problem persists against members of both sexes, and for many reasons, victims of these crimes do not always have an opportunity to share their stories. Grace Brown is trying to change that.

In this week's edition of "Women Working to Do Good," meet Grace, who is using her passion for photography to empower victims of sexual abuse to voice their experiences.

Grace’s engagement with sexual assault activism and talent for photography came together in October of 2011. When a friend shared her story of sexual assault with Grace, it “was the one that turned [her] world around.” The next day, she woke up with the idea for Project Unbreakable in her head. Since then, the project has taken off. The Project Unbreakable blog has between 13,000 and 14,000 followers and was named one of the top thirty Tumblr blogs to follow by TIME magazine. Now, Grace travels around the country giving presentations about sexual assault at universities and photographing survivors in cities across the nation.

Grace's work is attempting to erase the stigma associated with sexual abuse. Her amazing photography not only inspires these victims to speak openly about very personal experiences, but also invites others to learn more about sexual abuse and, hopefully, put a stop to the violence.

Read more about Women Working to Do Good: