Why Teachers Say We Need the American Jobs Act 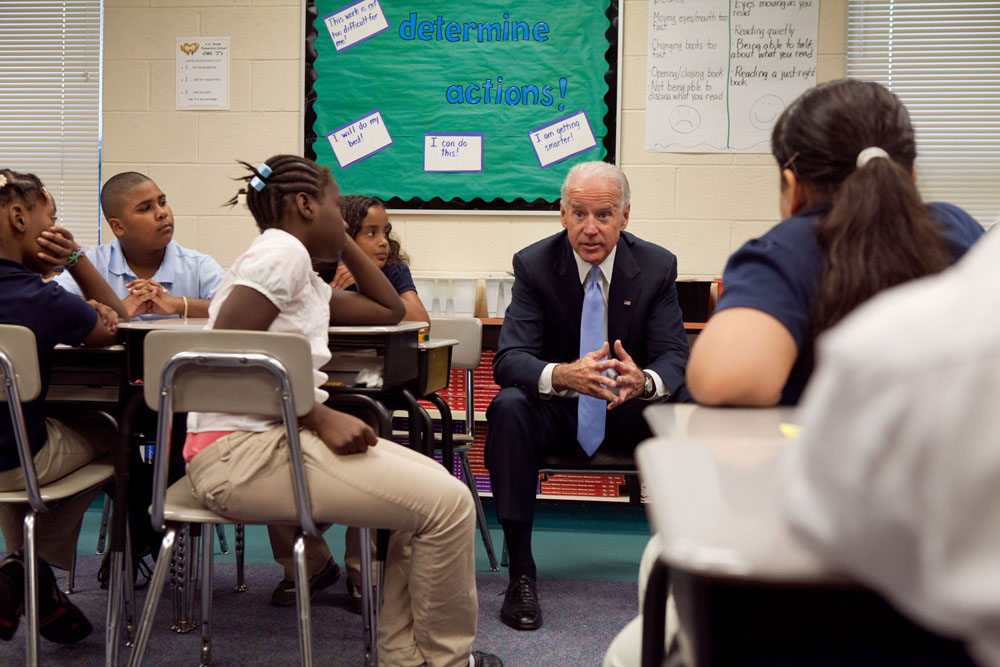 Lenid Keebaugh is a fourth-grade teacher at Goode Elementary School in York, Pennsylvania. The school was forced to cut 11 of its 45 teachers last year due to budget cuts, and Keebaugh says that passing the American Jobs Act  will help ensure the school is fully staffed to help students succeed.

Keebaugh said that in addition to cutting grade level teachers, the school also lost all its special subject teachers—those who teach enrichment classes like music, art, and physical education. As a result, the remaining teachers must teach larger classes, and have less time to plan and discuss student progress, which previously took place during enrichment periods. With greater demands on their teachers’ time, students receive less attention and support in the classroom. Besides threatening the students’ academic success, Keebaugh said that the cuts mean they are missing out on things like physical education, which helps teach healthy habits students will carry with them for life.

Vice President Biden spoke at Goode Elementary today to explain how the American Jobs Act would put teachers back in the classroom. The plan includes funding to support 400,000 teaching jobs, including protecting up to 280,000 teachers who are at risk of being laid off due to state and local budget cuts as well as rehiring tens of thousands of teachers who have lost their jobs in the last three years. Putting teachers back in the classrooms does more than create jobs, it helps ensure students are prepared for the future. Keebaugh said that it would be “so fantastic” to get the needed staff back so she and her colleagues can give students the support and attention they need to be successful.

The American Jobs Act will help our schools in other ways, too. The President has proposed a $25 billion investment in school infrastructure that will modernize at least 35,000 public schools. This investment will create jobs while improving classrooms and upgrading our schools to meet 21st century needs. Funds can be used for a range of emergency repair and renovation projects, greening and energy efficiency upgrades, asbestos abatement and removal, and modernization efforts to build new science and computer labs and to upgrade the technology infrastructure in our schools.

Before giving remarks in the school library, the Vice President spoke to Keebaugh’s class. She said the visit encouraged students: “When he said ‘you can do anything,’ they said ‘I believe that.’ They were so inspired.” The American Jobs Act  will only help students further realize their dreams.

Find out what other people are saying about the American Jobs Act:

See what mayors have to say about the American Jobs Act