For the Win: Saving the Wetlands

January 24, 2012 at 1:16 PM ET by Ronnie Cho
Twitter Facebook Email
Summary:
Benjamin Clay McMullen, a senior from Munson Township, Ohio, highlights the importance of saving national wetlands. Through his volunteer work and founding of WET, McMullen reminds us that the state of the planet depends on the care we put into it.

Clay McMullen, 17, lives in Munson Township, Ohio and is a senior at West Geauga High School where he is President and Founder of the Wetlands Education Team. He is a member of the of the 2011 PARADE All-America High School Service Team, an award recognizing outstanding young service leaders presented by PARADE Magazine in partnership with generationOn, the global youth service division of Points of Light.

Clean air and clean water. These are things that too many of us take for granted. What most of us don’t appreciate is that without wetlands, we wouldn’t have either of those things. Wetlands are called the sponges of the natural world, and for good reason. Much of the pollution that we put out, they absorb. They filter out pollutants and slowly release cleaner water and oxygen back into the ecosystem.  So, when I learned that Ohio had lost 90 percent of its wetlands in the past 100 years, I was appalled.  How could we let such a precious resource slip away? How did we fail to notice this? Sadly, most people just stood idly by or, in the name of progress, actively encouraged policies and practices that let Ohio’s most precious resource fall by the wayside.

Having learned about this unfortunate history, I chose to act by starting the Wetlands Education Team (WET) in sixth grade. I convinced a couple of good friends to help and we got to work. We started out small, attempting to spread the message of conservation to small groups of children. I am sure that many of them were just there for the complimentary juice boxes and temporary tattoos of bugs, but most of them learned to recite a few basic facts about how to preserve wetlands before they left us. For example, they learned that vernal pools look like puddles and dry up part of the year. They learned to tell their parents to protect them, or at least to leave them alone.  Slowly but surely, however, we grew into a viable educational resource that was making a positive impact. 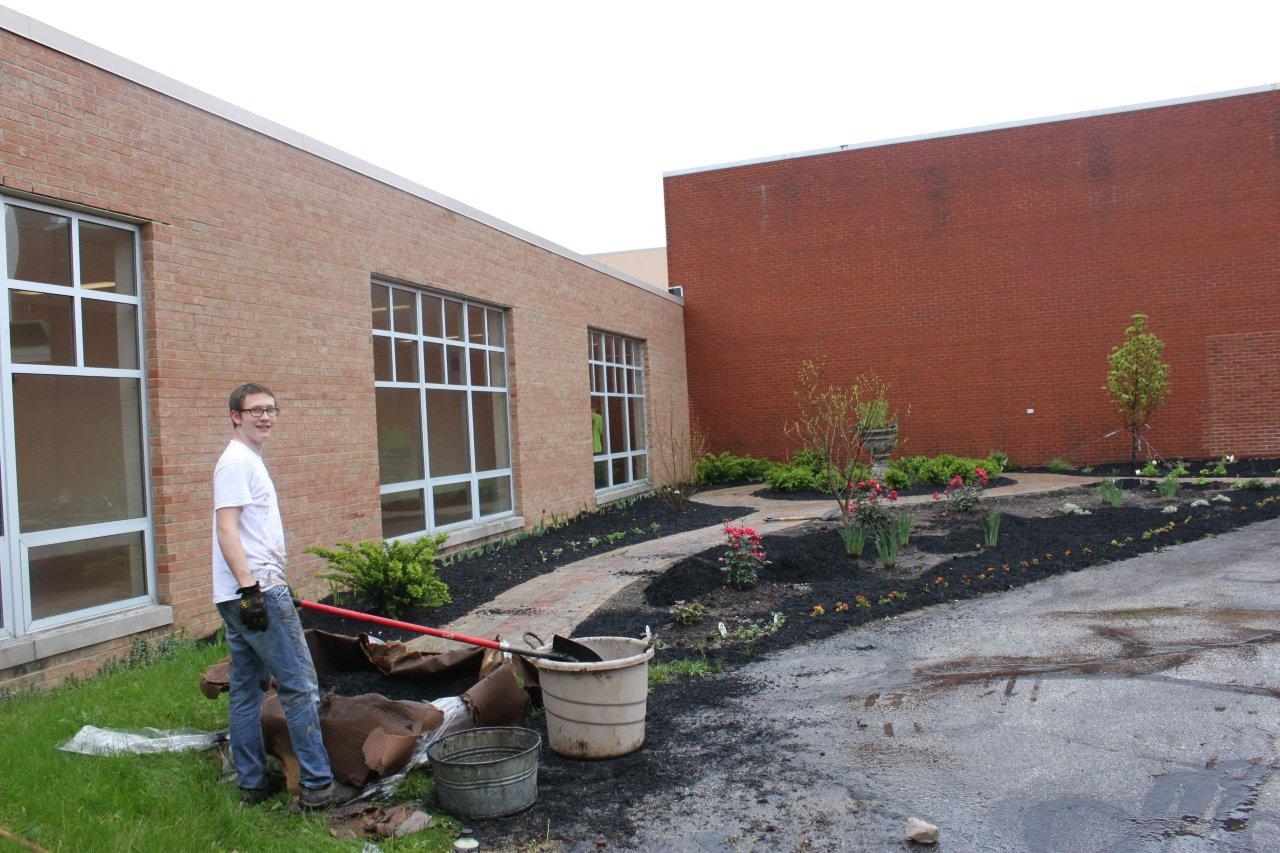 We began more serious efforts when we joined with the Ohio Division of Natural Resources to work to bring back a very important species, the osprey.  When the WET initiative started, osprey were classified as endangered in Ohio. After much help from our county park district, we applied for and received several grants to build osprey nesting platforms. We worked with our park district to locate and erect them in wetlands in two counties. Since their installation, the platforms have been utilized by several nesting osprey pairs and the osprey’s designation has been upgraded from endangered to threatened in Ohio.

Another major effort that WET has undertaken is to raise broader public awareness.  One thing we have done to increase exposure for wetlands is to work to make the spotted salamander Ohio’s official state amphibian. All school children learn about state symbols in school. Our goal is to have them learn about the spotted salamander and its wetland habitat as an integral part of their education. We got our local State Senator to sponsor a bill and WET visited the statehouse to testify. We got students from many other schools as well as expert biologists to help out. It took 1,166 days, but the bill was finally signed into law in 2010.

An important part of all of these efforts is getting kids to talk to their parents and other adults. Kids can have more influence than they realize. If you believe in something, tell your parents and their friends.  You can have more influence that you think, especially if you do your research. Remind them that the planet you inherit depends on their care. You can make a difference, too!