June 20, 2012 at 7:20 PM ET by Ronnie Cho
Twitter Facebook Email
Summary:
Faith Cheltenham works to make sure that all LGBT individuals feel welcome and valued by the community. 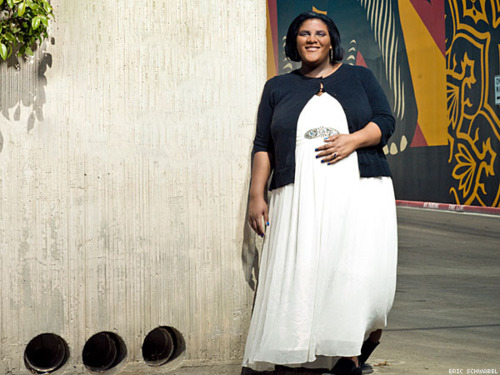 This June is Pride Month for the Lesbian, Gay, Bisexual, and Transgender (LGBT) community. From repealing Don't Ask, Don't Tell, to signing historic hate crime prevention legislation, President Obama has been a committed leader in advancing LGBT rights. Earlier this month, the President appeared on ABC news to publically articulate his support of marriage equality, underscoring his belief that men and women should be equal in the eyes of law, regardless of sexual orientation.

All month at the White House, we've been taking the opportunity not only to celebrate individuals who have made a difference in the LGBT community, but also to remember that the fight for equality is not over. Faith Cheltenham is one strong woman who has committed herself to making sure that all LGBT individuals feel welcome and valued by the community.

Read more about Faith in this week's edition of "Women Working to Do Good." The author writes:

During her presidency at BiNet USA, Faith has mainly focused on advocacy, networking, and bringing attention to the underrepresented - making communities, corporations, and administrations, like the White House, more aware of bisexuals and bisexual resources so that funding will eventually be made possible. BiNet USA not only helps connect bisexuals across the USA to each other, but it also works to end the stigma against bisexual identity. As an activist, Faith says that more people feel comfortable talking to her about coming out, and if she can help reach people at a smaller level, she has made change.

Faith's work has had a remarkable impact on the LGBT community. She continues to inspire those around her to do good and to advocate for what they truly believe in.

Read more about Women Working to Do Good: