October 11, 2011 at 6:45 PM ET by Ari Matusiak
Twitter Facebook Email
Summary:
Wendy Jameson of ColnaTec says that every dollar saved by the American Jobs Act is one more dollar her company can spend on innovation 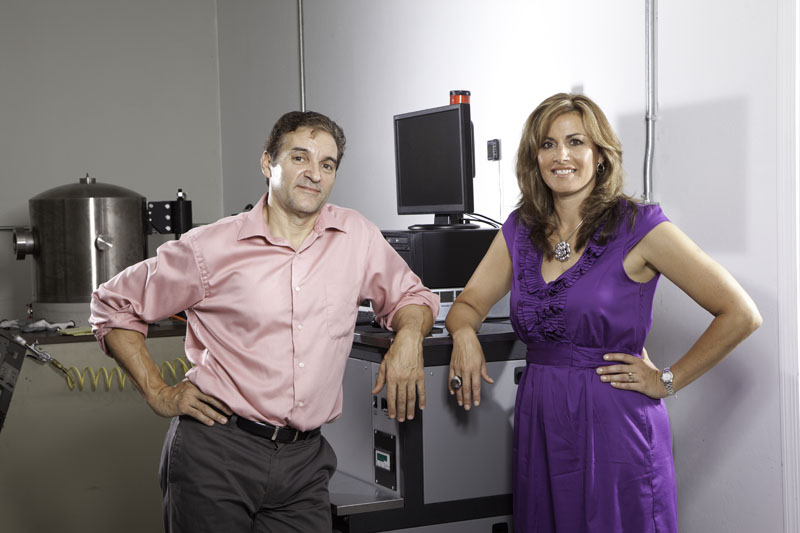 Wendy Jameson and Scott Grimshaw are the founders of ColnaTec, a “greentech” manufacturing business in Arizona

Wendy Jameson, the co-founder of ColnaTec in Gilbert, Arizona says that the American Jobs Act will enable her company to "concentrate on what we do best – putting Americans and American innovation to work. Every dollar saved by the American Jobs Act is one more dollar we can spend on innovation. This changes the growth trajectory of our company, creating opportunities at every turn. In these difficult times, with most Americans worried about what tomorrow holds, who wouldn’t want that?"

Jameson and Scott Grimshaw’s “green tech” manufacturing business lives up to its founders' motto: “fear mediocrity.” Since its launch in October 2009, ColnaTec has become one of the world’s only firms that makes the electronic sensors needed to manufacture thin film solar cells and display screens used in devices such as cell phones. The holder of numerous patents, ColnaTec has received two research grants from the Department of Energy for a new self-cleaning sensor, which will not only be more accurate than existing models, but also capable of clearing off the coating that forms on them, which leads to sensor failure – a process Grimshaw has said will work like a “self-cleaning oven.”

The co-founders, who met on Twitter, say “can’t” is a word they don’t believe in. Jameson, who has 25 years experience in sales, marketing and business strategy is the CEO, and Grimshaw, the founder of two other high tech manufacturing businesses, is the chief technology officer.  Their business (which is named after Jameson's sons, Colton and Nathan) is self-funded, and the owners say their aim is to develop manufacturing products that haven’t existed before – designing those products for long life and the highest accuracy and efficiency possible.

ColnaTec’s efforts are paying off: They’ve doubled their staff and plan to double their office space in early 2012. They’re determined to perfect their technology so that manufacturers have full control over their production process. “We literally see no limit to what we can do,” Grimshaw says.