For the Win: The Building Blocks of Service

June 12, 2012 at 2:59 PM ET by Ronnie Cho
Twitter Facebook Email
Summary:
Ryan Sarafolean is committed to improving the lives of women in Kibera, Kenya. He hopes his story inspires you to find a cause you believe in. 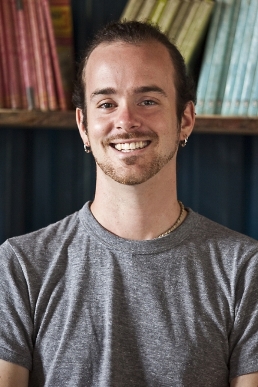 For the Win is a guest blog series featuring the remarkable initiatives that young Americans are advancing to win the future for their communities. Each week we highlight a new young person and learn about their inspiring work through their own words.

Ryan Sarafolean, 27, of Saint Paul, Minn. is a recipient of the 2012 Eli J. Segal Entrepreneurship Award for AmeriCorps Alums, Points of Light’s national network for all alumni of AmeriCorps service. Since 2002, the award is the highest award given annually to alums who demonstrate the essence of citizen service.

The story of establishing the KGSA Foundation began through a chance meeting in a bar deep in the Kibera slums of Nairobi, Kenya. There, I met a man named Abdul Kassim. Over a beer, he told me how he wanted to change the world, or at least the world around him and the inequalities that persisted for women. He told me about a soccer program that he had started as a way to get young girls off of the streets and into something productive. His dream was to create a free secondary school for girls as a way to promote self-awareness, empowerment and equality. His dream was contagious and inspired me to act. It became clear to me that if Abdul were given the opportunity and tools to lead, he could provide immense benefit to his community.

Kibera is a resilient, strong and vibrant community. Kibera also faces some of the most difficult challenges; they lack sufficient access to water, sewage systems, trash collection, health care centers, schools and adequate housing. Kibera extends 1.5 square miles and is a densely populated area, with estimates as high as one million people. Half of the population is under the age of 15. Due to extreme gender inequalities and poverty, only 8 percent of girls ever get the chance to attend school. The Kenyan government has deemed Kibera an “illegal settlement” thus it has excused itself from any formal responsibility for improving the lives of the people who call Kibera home.

It’s not often that you find a man in Kibera championing women’s’ rights. But Abdul isn’t just anyone. Abdul's passion and vision is contagious. He wanted a different world for his daughter and so he went about changing his corner of the world. He is proud to be a Kiberan and wanted to be a leader in building a stronger, healthier Kibera. He also knows that educating women is one of the most effective ways to combat poverty. Educating a girl in an area like Kibera means she will earn more, invest 90 percent of her earnings in her family, have fewer, healthier children more likely to live past the age of 5, and be three times less likely to become HIV positive.

This was the man that I met in a bar that night. He inspired a sense of urgency and action. At that time I was studying abroad and a fellow student and I raised the amount of money that was needed to construct one of the first free secondary schools in Kibera. In January of 2006 Abdul had created the Kibera Girls Soccer Academy (KGSA) and admitted the first 11 students.  Together, under the direction of Abdul and the Kibera community, we have grown. We have since established the KGSA Foundation, a nonprofit in the states that is dedicated to building and harnessing the unique strength of women to lead their communities out of poverty. We have partnered with universities across the U.S. and international organizations that are committed to our mission. KGSA now educates more than 130 girls each year in addition to providing artistic programming and athletic opportunities. We have had three graduating classes thus far, our journalism club has established their own magazine company and members of our soccer team have traveled all over the country and to Paris to compete.

The KGSA Foundation is about action, choice and self-reliance. We encourage local leaders to redefine their role in development and we recognize the expertise of their communities. We are committed to excelling, which is why we’ve decided to intensively develop and nurture one school and facilitate its growth into something remarkable, rather than build as many schools as we have bricks. Over the past six years we have witnessed how individuals can make a concrete difference in the lives of others. This work is real, tangible and life changing.

Ronnie Cho is an Associate Director in the Office of Public Engagement.