This week at the White House, the President and First Lady welcomed President Lee Myung-Bak and First Lady Kim Yoon-Ok of the Republic of Korea for a state visit. During their visit, President Lee will hold a joint press conference with President Obama, and Mrs. Kim Yoon-Ok will visit Annandale High School in Virginia with Mrs. Obama. Also this week, the Office of Public Engagement illustrated the ways in which the American Jobs Act would help small businesses, veterans, and educators back into the job market. The White House continues to highlight the inspirational stories of a restaurant entrepreneur, a social studies teacher and other Americans who are working hard every day and would receive significant support from this legislation.

Last Friday, the president welcomed the 1985 Chicago Bears football team for a long-overdue reception at the White House, an honor that was originally postponed following the Space Shuttle Challenger disaster. On Tuesday the First Lady, in partnership with National Geographic Kids Magazine, kicked off an attempt to set the world record for the most people doing jumping jacks around the globe in 24 hours. The First Lady served as the “Jumper in Chief” and led hundreds of local kids in one minute of continuous jumping jacks. 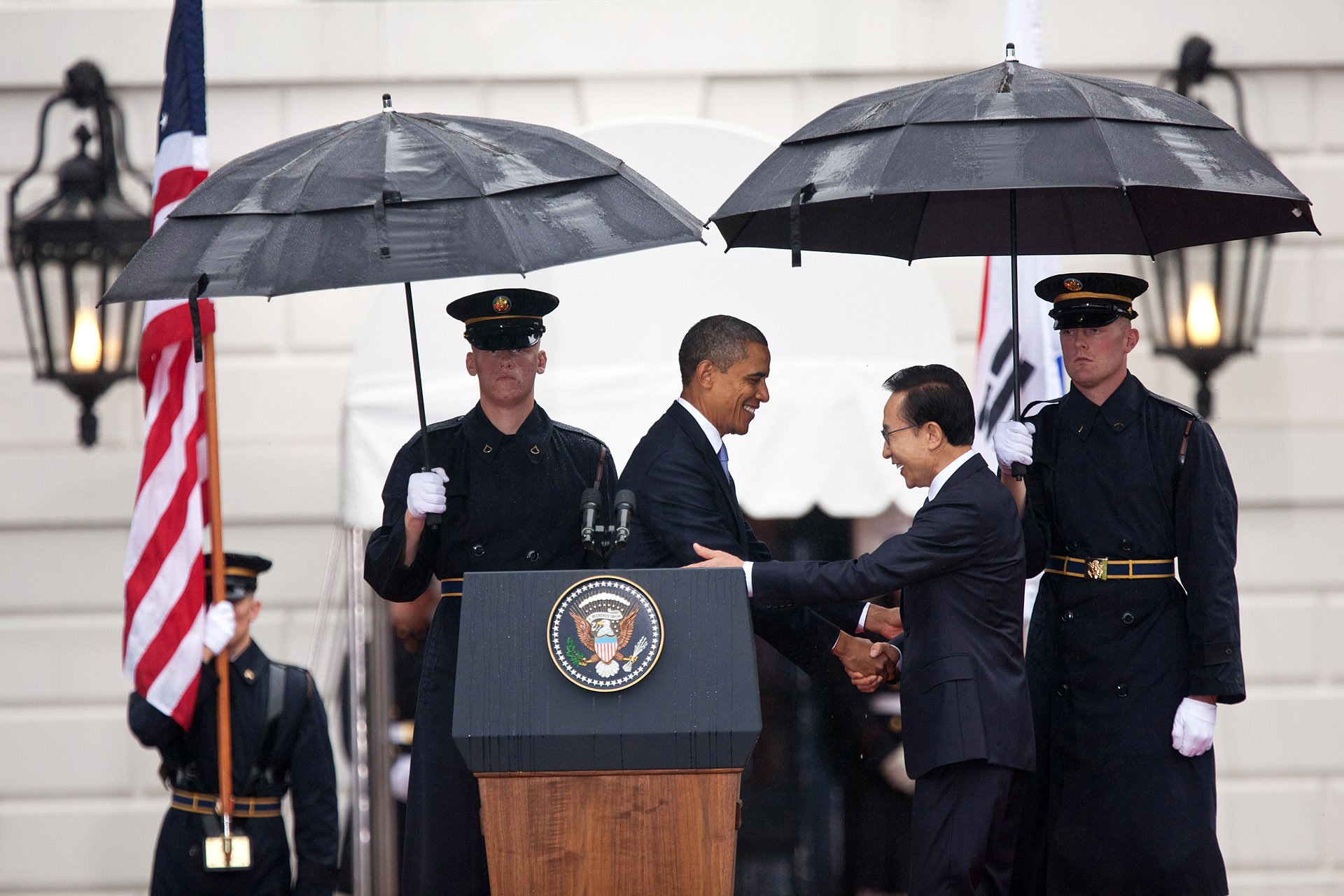 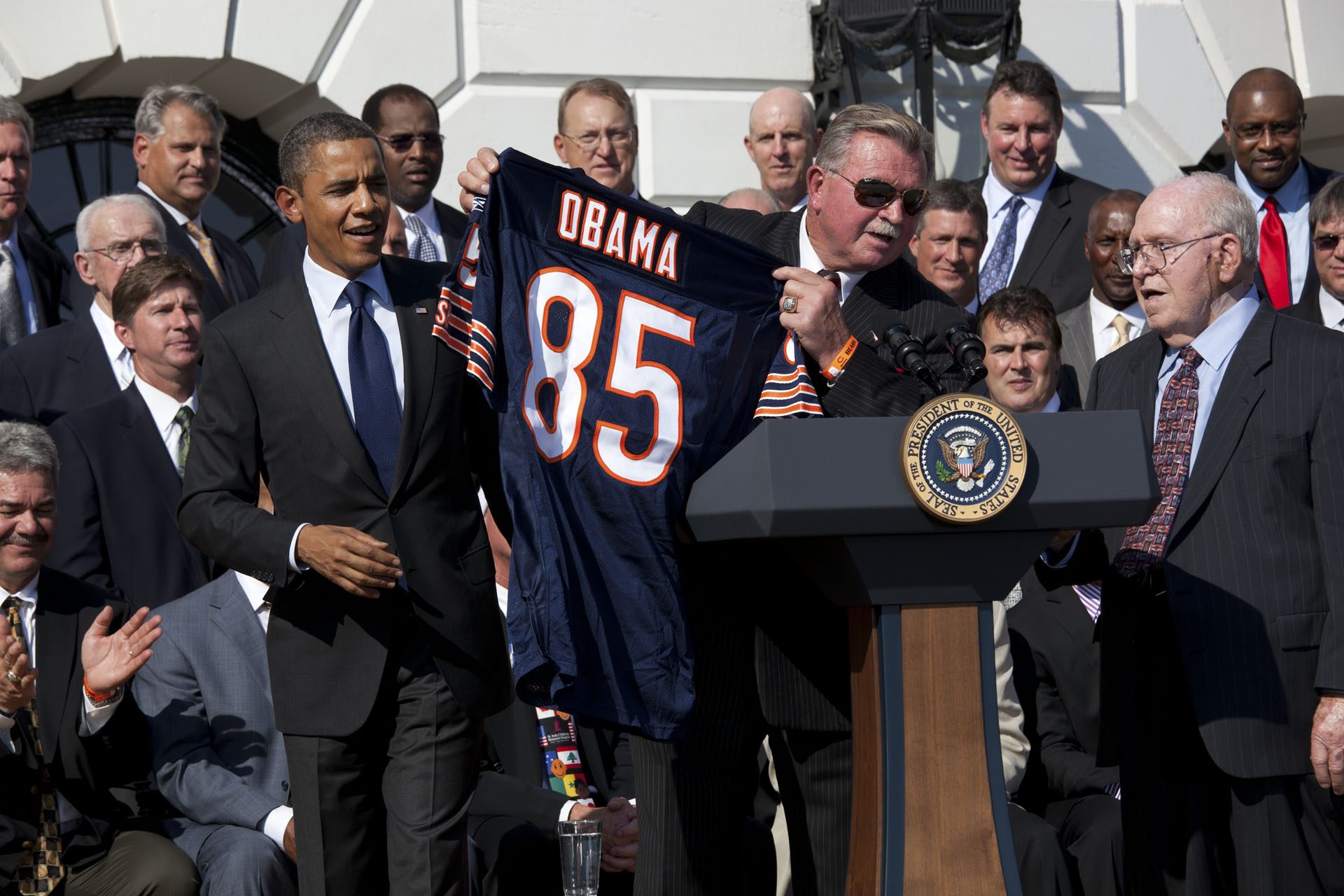 Former Chicago Bears coach Mike Ditka and defensive coordinator Buddy Ryan, right, present a jersey to President Barack Obama during the ceremony for the 1985 Super Bowl Champion Chicago Bears to celebrate the 25th anniversary of their Super Bowl victory, on the South Portico of the White House, Oct. 7, 2011. In 1986, the team’s White House reception was canceled due to the Space Shuttle Challenger tragedy. (Official White House Photo by Pete Souza) 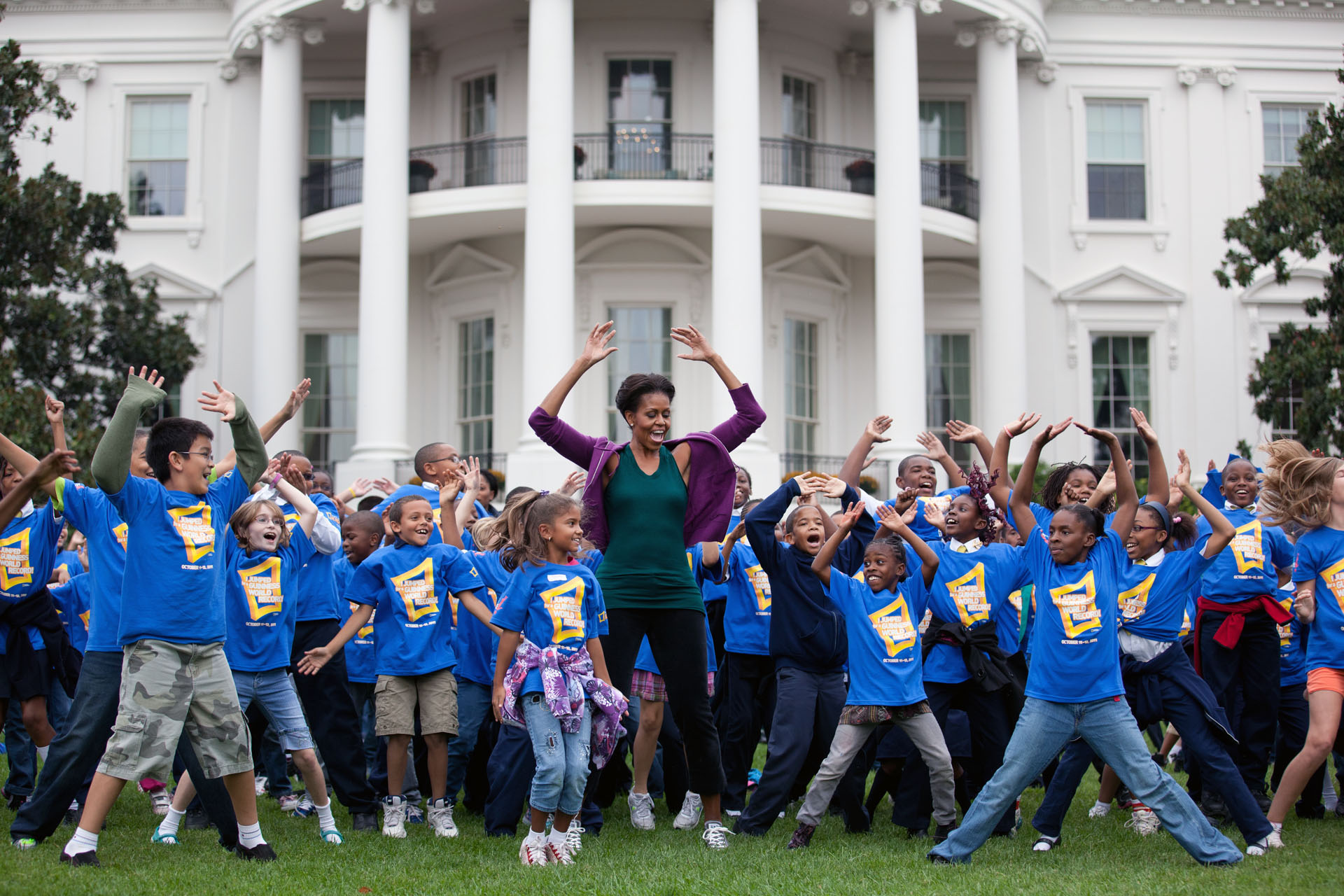 First Lady Michelle Obama leads a group of 400 local children on the South Lawn of the White House to help break the Guinness World Records title for the most people doing jumping jacks in a 24-hour period, Oct. 11, 2011. (Official White House Photo by Chuck Kennedy)

Dr. Biden: October Is the Time for Each of Us to Consider the Role We Can Play in Combatting Breast Cancer

President Obama Attends Meeting of Council on Jobs and Competitiveness

On Friday, October 14 at 5:45p.m. EDT, please join Valerie Jarrett, Senior Advisor to the President, and Melody Barnes, Director of the Domestic Policy Council, for an important update from the White House on the critical investments this Administration has made to lift and keep millions of Americans out of poverty, provide critical support to families throughout the economic downturn, and invest in long-term reforms to grow the middle class. We also invite you to learn more about these investments and to take a look at the full report, Creating Pathways to Opportunity.
* Dial In:  (800) 230-1092
* Passcode Title: White House Update Call

This call is off the record and not for press purposes.

For more information about the American Jobs Act conference calls and other ways to get involved, email Public@who.eop.gov. You can also follow Jon Carson, the Director of the Office of Public Engagement, on Twitter: @JonCarson44

This weekend the White House will host the White House Garden Tour, an annual tradition since 1972. Sunday is the Martin Luther King Memorial Dedication, after which the president will host a reception honoring the King family and civil rights leaders. Next week, the Office of Public Engagement will present a Champions of Change event focusing on Domestic Violence. On Friday, OPE will partner with the U.S. Department of Health and Human Services to host a Community Leaders Briefing for seniors.